The Italjet Dragster is available with 125cc and 200cc engine options 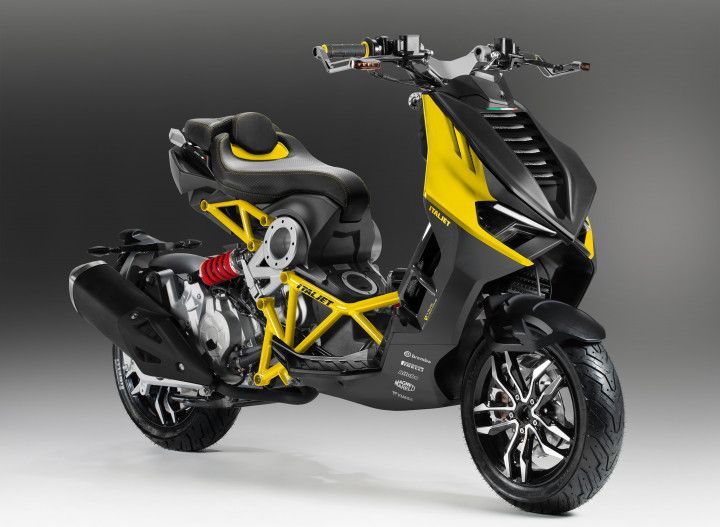 Time and again, Italians have proved their excellence when it comes to designing automobiles. We all know about gorgeous machines from the stables of Ducati, Aprilia, and MV Agusta. But, this time around, it’s a scooter, the Italjet Dragster.

Short History Lesson
The brand has been present since 1960 and reportedly has more than 179 different models. However, Italjet is more focused on innovation than volumes, and so, much of the world isn’t aware of the name. Unveiled in 1995, the original Dragster design was a brainchild of Leopoldo Tartarini, founder of the Italjet.

Italjet currently offers the Dragster in two variants: 125cc and 200cc. Both motors use a liquid-cooled 4-valve DOHC single-cylinder layout with the respective volumes. The 125cc model can produce 15.2 PS and 12.5Nm. The 200cc variant can belt out 20PS and 17Nm, and clock up to 125kmph of top speed.

The performance figures are decent. However, the unique styling is what helps Italjet with the sales. The Dragster uses a Ducati Panigale-esque front end. Sitting between the sleek LED lights is the ram-air intake.

The word ‘fancy’ wouldn’t do justice to the Dragster’s exposed chassis and edgy bodywork. The overall design screams aerodynamics, to say the least. While it does get a pillion seat, the surface area doesn’t give away any sign of comfort.

The Italjet Dragster is suspended on a unique independent steering system with preload-adjustable piggyback-reservoir shock at the front and a preload-adjustable offset monoshock. Braking on the scooter is done by a 240mm front disc and a 175mm disc at the rear, both with Brembo callipers. Dual-channel ABS comes standard.

As you can see, the Dragster is among the most exotic and expensive scooters on sales globally. However, considering how price-conscious Indian buyers are, we don’t see the Dragster being launched here anytime soon.