Bet You Didn't Know A 7-Seater Hyundai Creta Is In The Making! 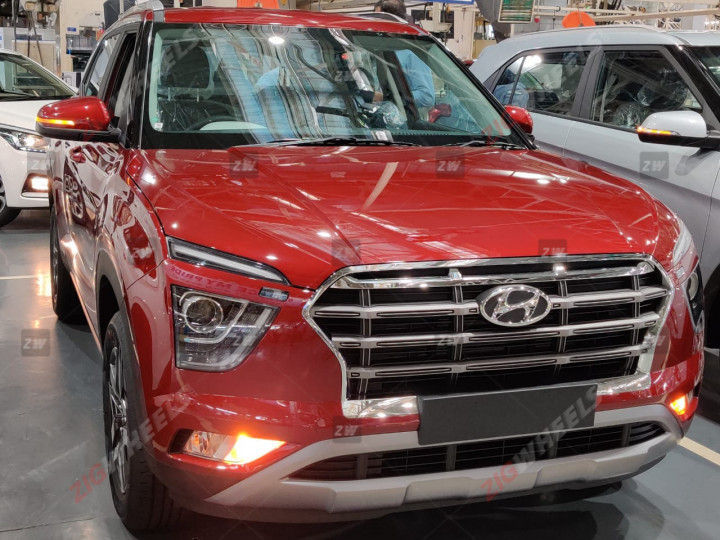 It’s not even been a fortnight since the launch of the 2020 Hyundai Creta and the carmaker is already working on the next step - 7-seater version of the SUV. Spied testing on Korean roads, the 7-seater Creta could take on the Tata Gravitas and MG Hector Plus if launched in India. Here’s what differentiates the 7-seater Creta from the standard version:

The overall silhouette of the Creta 7-seater is fairly similar to its 5-seat sibling. Despite the prototype sporting camouflage, it sports similar exterior bits like the alloy wheels and spilt headlamps. Aside from the obvious increase in length, there are differences such as different front grille inserts, lower fog lamps, and a slimmer C-pillar. The increase in length is likely to be around 30mm compared to the 5-seater version (4300mm) and its wheelbase extended up to 20mm.

With the addition of a third-row, expect the 7-seater Creta to retain most of the features seen on the standard Creta. However, it could sport more premium equipment to take on its rivals from Tata and MG. The current Creta comes with features such as a 10.25-inch infotainment system with Apple CarPlay, Android Auto and BlueLink connected car tech, digital driver’s display, and a four-spoke steering wheel. It also features a Bose sound system, panoramic sunroof, ventilated front seats, drive modes, cruise control and climate control. Safety features consist of 6 airbags, ABS+EBD, rear parking sensors, a rearview camera, and electronic stability control.

The 5-seater Creta is powered by three BS6-compliant powertrains. The first one is a 1.4-litre turbo-petrol putting out 140PS/242Nm. The second petrol option is a 1.5-litre naturally aspirated motor that develops 115PS/144Nm. The third engine is a 1.5-litre diesel unit that produces 115PS/250Nm. All three engines come with different automatic transmission whereas the 1.5-litre diesel and NA petrol can be had with a manual option as well. It is likely that the 7-seater Creta will retain these engine options with no change in performance figures.

Hyundai currently sells the 2020 Creta at a price range of Rs 9.99 lakh to Rs 17.20 lakh (ex-showroom) in five variants: E, EX, S, SX and SX (O). Expect the 7-seater Creta to hit Indian shores by 2021 at a premium over the current Creta owing to the additions on offer. Once launched, it could take on the likes of the Tata Gravitas and MG Hector Plus.