Honda Is Planning To Turn The Rebel 500 Into A Scrambler! 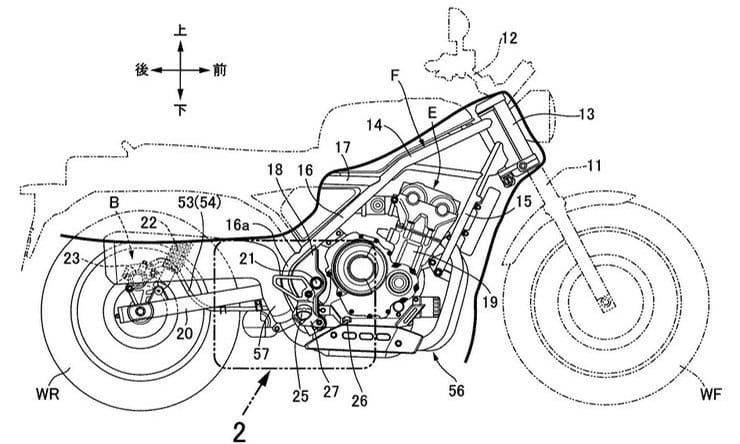 Honda’s Rebel is a cute little cruiser that comes in two engine options: a 500cc and a 300cc. Now, patent images of a new variant have leaked online, hinting at the Japanese bike maker’s plans of expanding the Rebel range. These images suggest the new twin-cylinder motorcycle will be more like a scrambler than a cruiser.

The leaked images give us an idea of what Honda’s new motorcycle will look like. Honda could use the Bulldog concept bike (pictured above), which was showcased in 2015, as a stencil for the motorcycle. The high-set exhaust, the relatively flat seat and the rectangular fuel tank look similar to the concept motorcycle.

It’s highly likely that Honda will use the same 471cc liquid-cooled parallel-twin mill as seen on the Rebel 500. In the cruiser motorcycle, this powerplant produces 45PS and 44.6Nm of torque. However, the engine will be Euro 5-compliant and could produce a different power output compared to the Rebel 500.

The patent images also suggest that Honda has tweaked the chassis a little bit. You see, the Rebel is a cruiser and has a laid-back riding style thanks to the low seat height, the tall handlebars and forward-set footpegs. The upcoming motorcycle, on the other hand, is going to be a scrambler (at least that’s what the images suggest) so the main frame has been modified to accommodate the new fuel tank and the new riding ergos. Even the rear sub-frame is likely to be tweaked.

As the new upcoming scrambler still seems to be in a pre-testing phase, we can expect Honda to unveil a pre-production model or a concept by mid-2020. What’s interesting, though is that although Honda might be working on the 500cc scrambler based on the Rebel, there’s a slight chance that the bike maker might do the same thing with the Rebel 300 as well. We might even get to see the Rebel badge making its way to our shores soon as the bike maker is planning on launching a single-cylinder engine motorcycle in the 300cc to 500cc specifically for markets like ours. Being a single-cylinder model, we expect Honda to keep the price of its neo-retro roadster very competitive, helping it to take on Royal Enfield, which has been leading this rooster for years now.