Beefier engine aside, the M5 CS also goes on a diet for those performance gains 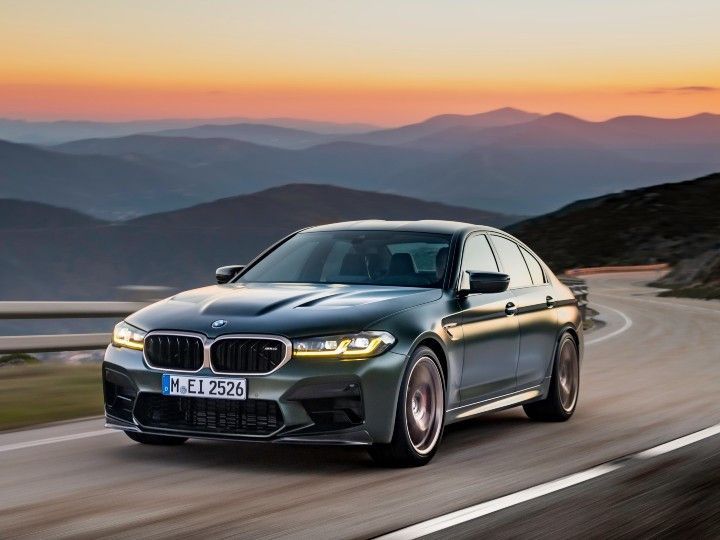 Back in December last year, BMW had teased a more hardcore version of the M5 sedan. Well, it's finally here in the form of the M5 CS.  Not only does the M5 CS get some nifty additions over the Competition trim, but it is also fast... real fast.

The biggest upgrade, of course, lies in the M5 CS’ 4.4-litre twin-turbo V8 petrol engine. It makes 635PS of outright grunt and 750Nm of twist. That’s 10PS more than the Competition trim, making the M5 CS the Bavarian brand’s most powerful ‘M’ branded car. It is paired to an 8-speed M Steptronic automatic transmission and xDrive all-wheel-drive system. The M5 CS has also gone through a major diet, shedding 70kg of weight over the Competition trim.

How does all this translate to performance? Well, the M5 CS goes from 0-100kmph in just 3 seconds, 0.3 seconds quicker than the Competition trim. It’s also half a second faster in the run up to 200kmph, at 10.3 seconds. Its top speed, however, is electronically restricted to 305kmph, which is still pretty quick for an all-wheel-drive sedan.

Coming to the changes, the M5 chassis didn’t require any major alterations. So the tweaks are limited to the retuned bearing springs, dampers, M carbon-ceramic brakes, and a stickier set of 20-inch Pirelli Zero Corsa tyres.

On the outside, the M5 CS gets a nice touch of  ‘Goldbronze’ accents on the kidney grille and the new bespoke 20-inch forged aluminium wheels. BMW has also added some carbon-fibre reinforced plastic (CFRP) bits on the new air vented hood, front splitter, mirror caps, rear spoiler, and rear diffuser. Even the engine cover is carbon fibre, which contributes to its weight loss. The L-shaped light tubes of the M5 CS’ laser headlights sport a motorsport-style yellow illumination to round off the exterior add-ons.

Heading inside, you’re treated to a sporty set of M carbon front and rear bucket seats in a black-red combo. A closer look reveals all four seats have an outline layout of the 20.7km Nurburgring circuit, which hints at a possible run at the Ring. Other cabin highlights include a fixed armrest in the centre console and more CS branding. It still boasts some creature comforts in the form of a  12.3-inch infotainment system and a head-up display.

The BMW M5 CS will go on sale in Europe in March 2021 with a price tag of 180,400 Euros (Rs 1.59 crore). BMW has also emphasised that it’ll be a limited edition model. Back home, the standard 5 Series facelift is expected to launch later this year. So the facelifted M5 is likely to show up only after the standard 5 Series.