Before 2019 LA Auto Show, Here's A Look At The Cars That Made Some Noise At Last Year's Edition 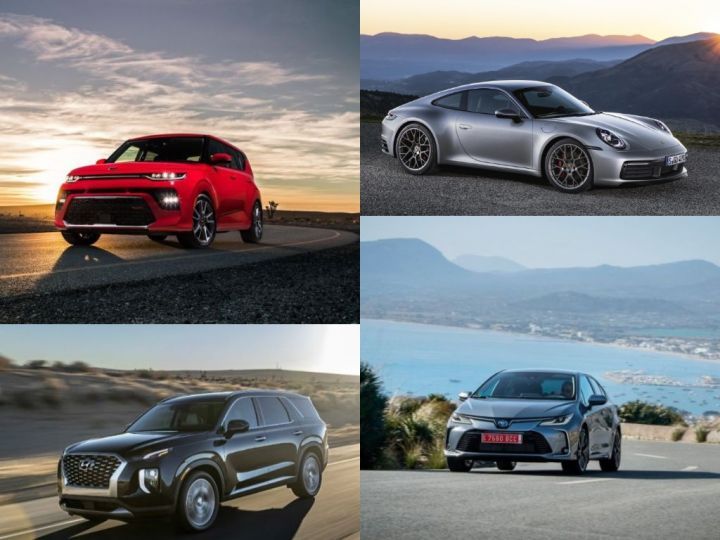 The 2019 LA Auto Show, which is set to take place from November 18 to December 2 at Los Angeles Convention Centre, is expected to showcase an impressive array of cars as well as the latest technology in the automotive world. But before we jump into all the details, how about a brief look back into the major showcases and debuts from the 2018 LA Auto Show? Here's a mix of the top compacts, sedans, SUVs, and supercars from last year's edition:

The Palisade is Hyundai’s flagship SUV. Capable of seating eight people with ease, it slots in above the SantaFe and comes with a 3.8-litre, naturally-aspirated V6 petrol engine that develops 295PS of maximum power and 355Nm of peak torque. The 2019 iteration of the Palisade debuted at the 2018 LA Auto show and we are still waiting to hear from Hyundai whether it will come to India.

Porsche showed the 992 generation 911 to the world at the 2018 LA Auto Show. Initially launched in Carrera and Carrera 4S guise, the rear-engined sports car develops 443PS from a turbocharged flat-six motor. Exactly after a year, Porsche is now working on the 992 911 Turbo as well as the GT versions.

BMW’s flagship SUV was a point of discussion thanks to its large grille for what is an otherwise good-looking SUV. The X7 comes with sufficient amount of technology and potent powertrain options. The full-size SUV was launched in India sometime back with a fat price tag of around Rs 1 crore. Power comes from a choice of two 3.0-litre turbocharged petrol and diesel engines and the X7 competes with the likes of the Mercedes-Benz GLS.

The world’s best-selling car by volume, the Corolla, debuted in its 2019 avatar at the 2018 LA Auto Show. The Twelfth-generation Corolla uses a TNGA platform and also gets a hybrid powertrain with two electric motors. The sedan is also available with a plethora of petrol engines ranging from 1.2-litre to 2.0-litre in various international markets. And guess what, the new Corolla is also headed our way.

Honda resurrected the Passport badge after a gap of 17 years at the 2018 LA Auto Show. Positioned above the CR-V in Honda’s lineup, the Passport deploys a 3.5-litre V6 petrol engine capable of developing 280PS of power. It is sent to the front wheels with the help of a 9-speed automatic gearbox. Space and practicality is the Passport’s forte, although we don't see any possibility of the SUV coming to India anytime soon.

Yes, the same Kia Soul that is displayed at the BEAT360 in Haryana, was first shown to the world at the 2018 LA Auto Show. The third-generation Soul was a step up in terms of design and quirkiness and it uses a 2.0-litre NA and 1.6-litre turbocharged engine. Fun fact: this funky crossover is also based on the same platform as the Hyundai Kona.

The AMG GTR Pro is an angrier version of the mighty GTR It features aero improvements, even more expensive materials and a slight bump in power. Meanwhile, Mercedes thinks the Pro isn't hardcore enough. Hence, it now working on the AMG GTR Black Series.

These were the cars that we thought were a hit at the 2018 LA Auto Show. Look forward to our coverage of the 2019 LA Auto Show that begins on November 18.