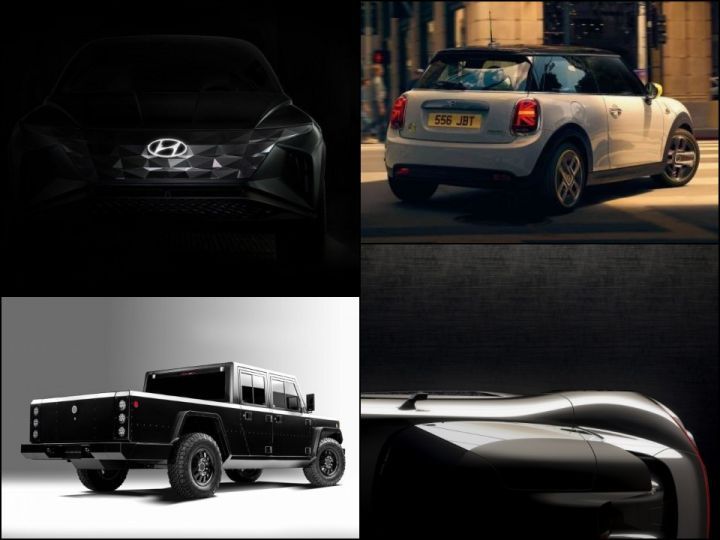 The 2019 LA Auto Show starts on November 18 with AutoMobility LA and will be open until December 1. With 65 new cars set to be unveiled, this year’s LAA will have one of the largest numbers of debuts in the show’s history. Many of the 25 global reveals will be hybrids and electric vehicles (EVs). The emphasis on electric cars was reiterated in the press release, which quoted the President of the two events, Terri Toennies saying, “electrification continues to be the big trend across the spectrum of automakers.” Nearly 1,000 vehicles will be exhibited at this years show, but to make things easier, we’ve compiled a list of some major carmakers and their displays for you:

Hyundai’s pavillion is sure to be crowded this year since the company plans to have no fewer than 19 cars at the LA Show. But that’s not it -- the Korean carmaker will unveil five mystery cars, one of which is the Vision T concept which is making all the news right now. Hyundai has said in a press release that it will unveil the SUV concept at the LAA.  This one might be the next Hyundai flagship in India when it is launched, possibly, in 2021. Could this be the family-friendly version of the Kona hybrid? The 2020 Ioniq, Veloster Turbo, new Sonata, Santa Fe, the US-spec Venue Limited, the new Palisade SUV, as well as the Nexo Fuel Cell vehicle will also adorn the Hyundai stands.

Kia has announced the debut of a mystery vehicle. We don't really know what it could be. A concept? A production model? An update? It could be either. Spy pictures say it could be an SUV, possibly an updated version of the Sorento. We'll only know for sure at the Show. The K5 sedan could debut in the US as the Optima, and the Futuron concept is likely to be at the show, too. First seen at the China International Import Expo, the Futuron is an all-wheel-drive electric SUV concept. This Level 4 autonomous vehicle (capable of monitoring traffic conditions and reacting to them) is a representation of Kia's 'tiger face' design language for EVs of the future.

The new 2021 RAV4 Hybrid will make its US debut at LAA. The most powerful RAV4 ever will also be one of the most fuel efficient, with a claimed economy figure of 17kmpl. Toyota will also show 2020 models of the Camry, Corolla, and Tacoma. The 2019 Highlander will be at the show, too.

VW will reveal a diesel hatchback with the improved iteration of the 2.0-litre TDI. We’re kidding. The company said in a press release last week that it will add another vehicle to its ID lineup at LAA -- the ID. Space Vizzion. Based on Volkswagen’s Modular Electric Drive Matrix (MEB) platform, the Space Vizzion has an EPA-certified range of 300 miles (483km). We aren’t sure whether it’s a wagon or an SUV, but it will have seats made of Apple Skin which is an artificial leather produced with some proportion of residue from apple juice production. It will go on sale in 2021 in North America, Europe, and China, where it will also have country-specific versions. With the changing climate for EVs, it just might knock on our door.

The E-Tron Sportback coupe-SUV was last seen at the Geneva Motor Show, but Audi will unveil it at LA in its production guise. The company released that it will have the same running gear as the E-Tron SUV. The Sportback gets “around one million micromirrors” in its Digital Matrix headlamps for the most precise adaptive beam possible. The second reveal from the carmaker will be the RS Q8 SUV, the flagship Q-model in the company’s lineup. The mild hybrid will have a twin-turbo V8 at its heart, with cylinder deactivation and a starter-generator that will allow for engine-off operation for up to 40 seconds, the company claims.

Mercedes-Benz will soon add a second vehicle to its Maybach lineup, its flagship SUV, the Maybach GLS. With a nose from the Maybach Vision 6 concept, the stately SUV will be a rival to other SUV flagships like the Range Rover SV Autobiography, Bentley Bentayga, and the Rolls Royce Cullinan.

Porsche will show us the 2020 992 911 Turbo S, which was recently revealed in pictures. Capable of getting to 100kmph from a standstill in 3.5 seconds in the Carrera S trim, the Porsche will also be available in four-wheel-drive Carrera 4S trim. We know from spy shots that the company also has a GT3 version in the works. We might also see Porsche's Formula E car at the LAA, as well as the Taycan 4S.

The company unveiled the LF-30 Electrified concept at the Tokyo Motor Show. Its drivetrain has a world harmonized light-duty vehicles test procedure (WLTP) range of 500km, the result of a 110kW battery. The crossover will be able to charge itself with 150kW of electricity. Advance Posture Control will regulate performance based on how you’re sitting in the car. But this is not the vehicle Lexus will debut at the show.

The Hyundai brand will showcase the G70, G80, and G90 sedans. There’s a chance Genesis will also have the updated G90 on display. The luxury sedan was unveiled for the Korean domestic market.

Alfa impressed us with the Giula and Stelvio, and both models will get updates for 2020. We’ll also see the brilliant 4C sports car at the LA Auto show this year.

If you like boxy brutes from decades gone by, Bollinger is the carmaker for you. While the rest of the world’s EV manufacturers are chasing aerodynamic efficiency, these trucks are slabs with wheels. Yes, the B2 sport utility truck and the B1 SUV are electric vehicles, but try saying that to Bollinger’s face. After conquering Moab, the two SUVs will be displayed at the company’s pavillion at the LA show.

After the success of the Ascent family SUV, Subaru will debut two new models for North America. Meanwhile, the Crosstek, Outback, Impreza, Legacy, and the Forester will be displayed as well.

Mazda’s trusty 2.5-litre SkyActive engine will power the upcoming CX-30 crossover which will debut at this year’s LA Auto Show. In addition, the 2020 models of the CX-9 full-size SUV and CX-5 SUV will also be debuted. The 2020 Mazda 3 hatchback, along with the Mazda 3 touring car will share the pavillion with the SUVs.

Mach E crossover will debut just a day before the LA Auto Show. We know what it looks like from the recently leaked images, and we can't wait to meet it in person. It is poised to be a less expensive alternative to the Audi E-Tron. With a claimed 482km range and 581Nm of all-electric torque, this crossover packs the grunt to go head-to-head with the sports car that inspired it.

Waiting for a word on the electric pickup from Tesla? Sorry, but the company will unveil the truck in a separate event in LA. However, Tesla is likely to have the 'Cybertruck' at the pavillion for public days at the LAA starting November 22. The Models S, X, and 3 will be available for test drives at the show, too.

The Irvine, California-based Karma will unveil the Revero GTS electric vehicle. It's a more athletic, performance-oriented Revero GT and will be sold globally unlike the GT. The company will also reveal the SC2 concept which, the release states, is an evolution of the SC1 roadster. The teaser image shows a hardtop design. Could the SC2 be the makings of a supercar?

Okay, so we've already seen what the M2 and the M8 Gran Coupes will look like, so there won't be any surprises at the BMW event. But it is exciting to see these cars get closer to reality because we can't wait to drive them. Even more exciting is the M2 CS which will make its debut at the LAA. It gets a 45PS power bump over the M2 Competition, but we have more than the power to look forward to the M2 CS. Not only does it get an all-new adaptive suspension and lightweight components, but the M2 CS also retains its manual transmission option.

Mini will debut the John Cooper Works GP car which packs more than 300PS and will go up against the likes of the Volkswagen Golf R. But that car won't be the most exciting thing Mini will show us this year. The company will unveil the all-electric Mini -- the Cooper SE! Mini claims a range of up to 270km. The Cooper SE will be no slouch -- with 183PS of power and 270Nm of torque from its electric motor. It is likely to go on sale in March next year.

In India, we are still waiting to hear the fate of Datsun as Nissan regains its composure after the Ghosn scandal. Meanwhile, the company, which has decided to focus on the American and Chinese markets, will unveil the redesign of one of its popular models, the trusty Sentra. The new car was recently previewed in China as the Nissan Sylphy. While the powertrain is expected to continue unchanged or with minor improvements, the Sentra is likely to offer better interior features and a new design on the inside. The IMs and IMQ concepts are quite likely to be shown as well.