Big, brawny, and unabashedly in your face, the new X7 is here to intimidate every other sedan and SUV off the road! 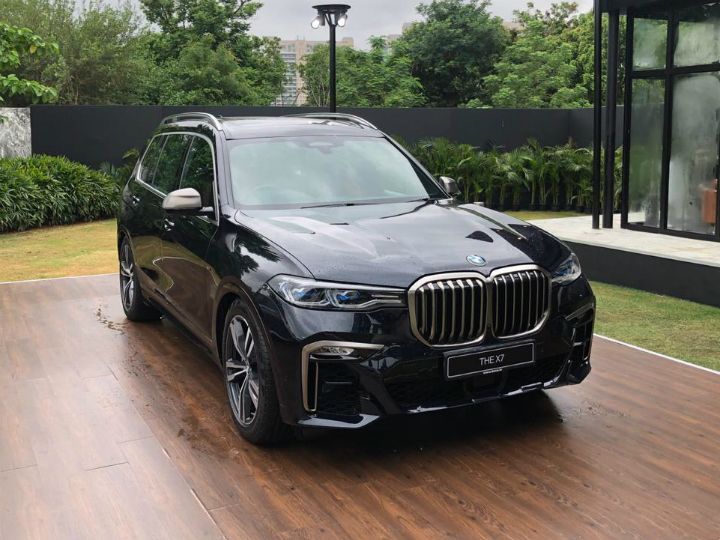 BMW India has finally taken the wraps off its flagship SUV, the X7. The biggest SUV from Bavaria is priced at Rs 98.90 Lakh for the xDrive40i (CBU) and the locally assembled xDrive30d DPE Signature variant. The SUV was globally unveiled in October 2018 and was also spied testing in India after it was listed on BMW India’s official website.

The flagship SUV is based on the same Cluster Architecture (CLAR) platform as the recently unveiled X5. The xDrive30d variant makes use of a 3.0-litre six-cylinder turbocharged diesel engine making 256PS and 620Nm of torque that’ll help it achieve the 0-100 kmph run in 7 seconds.

A 3.0-litre six-cylinder turbocharged petrol engine which puts out 340PS of power and 450Nm of torque is used in the xDrive40i variant, with naught to 100kmph coming up in 6.1 seconds. Both the engines make use of an 8-speed automatic gearbox and BMW’s xDrive four-wheel drive system.

The xDrive30d variant is available in a novel Design Pure Excellence varaint which comes with chrome-gloss elements for both the exteriors and the interiors. What's interesting though is that the xDrive30d DPE varaint is locally assembled in India, thereby helping BMW price it aggresively. The xDrive40i variant meanwhile, is bought to India via the CBU route.

Styling is unmistakably and overtly BMW, thanks to the absurdly large kidney grille, which we are not exactly fans of. Taking that out of the equation, the X7 is one proportionate SUV with all the right design attributes, making it worthy of the ‘large SUV’ title. The rear end design particularly looks clean with the slim tail lamps and a neat lower bumper design.

The X7 in India is available in following colour options: Mineral White, Phytonic Blue, Terra Brown, Black Sapphire,Terra Brown, Arctic Grey Brilliant Effect and Carbon Black. The xDrive40i variant will also be available in: Alpine White, metallic Vermont Bronze and Sophisto Grey Brilliant Effect. It also comes with the choice of two 21-inch rims and four upholstery options (only three for xDrive30d). The upcoming GLS from the three-pointed star will be the main rival for the X7 in India.

Apart from the X7, BMW has also launched the sixth generation 7 Series in India.