Is Bajaj's newest offering the perfect affordable alternative to the legendary Pulsar 150? Find the answer in our review in detailed images 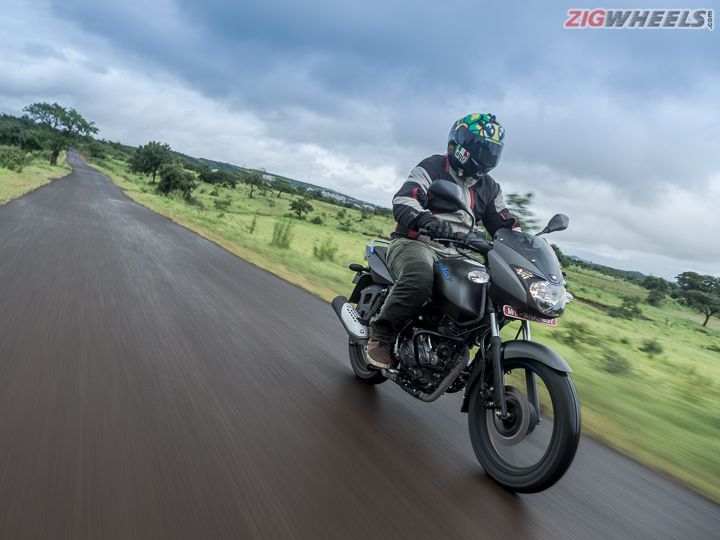 Bajaj recently launched the Pulsar 125 Neon in a bid to make the Pulsar brand even more affordable to the masses. But apart from the pricing, does the bike have what it takes to be a quintessential Pulsar? Our review in detailed images should give you all the answers:

In terms of looks, the Pulsar 125 Neon has all the design elements of a proper Pulsar. Bajaj has designed the bike with all the crucial bits like the trademark pilot lamps, muscular fuel tank and sleek rear section with LED tail lamps.

Coming to the heart of the matter, the 124.4cc single-cylinder engine is based on the Pulsar 150, with the same bore but shorter stroke. With 12PS and 11Nm on tap, it is the second most powerful 125cc bike in India after the KTM 125 twins.

The motor does feel sprightly and eager to rev. This coupled with the typical Pulsar exhaust note make the bike fun to ride. However, in terms of pure performance numbers, its rivals - the Hero Glamour FI and the Honda CB Shine SP have the upper hand. This is mainly due to the bike's heavy kerb weight of 140kg.

Thanks to the inclusion of a counterbalancer shaft, the noise, vibrations and harshness levels are impressively low, and in fact it felt the most refined among all the Pulsars. The 5-speed gearbox does its job well, but shifting from first to second gear feels a little notchy.

The motorcycle feels comfortable cruising at 80kmph with the tacho hovering at 6000rpm. However, going any faster results in vibrations creeping up on the seat, handlebars and footpegs. In terms of efficiency, it returned 57kmpl on the highway and 51.5kmpl in the city.

Bajaj has equipped the Pulsar 125 Neon with the same chassis, suspension and tyres as the Pulsar 150. This is the reason for the bike's high kerb weight. But despite its heft, the bike feels easy to filter through traffic. However, it isn't as easy-going as other lighter 125cc commuter bikes.

At city speeds, the suspension setup feels supple, soaking up bad roads effortlessly. That said, the rear does feel a little firm over sharp bumps or potholes. The front disc brake is well worth the premium as it is superior to the drum unit. The bite is good but the lever action feels a bit soft. This has been done to help most of the Indian riders modulate the brakes better.

As far as features are concerned, the bike gets a semi-digital instrument console which houses all the important bits like speedometer, tachometer, fuel gauge, dual trip meters, odometer and tell-tale lights.

Thanks to the raised clip-ons, single-piece seat and neutral footpeg positioning, the ergonomics is pretty upright and comfortable too. Though the seat is low (790mm), the cushioning feels to be a little on the stiffer side.

Overall as a 125cc motorcycle, this baby Pulsar does impress us with its styling, dynamics and efficiency. However, paying a premium of Rs 4,500 will get you the Pulsar 150, which is more powerful and safer too, thanks to the single-channel ABS. Where the Pulsar 125 Neon stands out from the rest of its brothers - is in the fuel efficiency department. But who buys a Pulsar for efficiency?