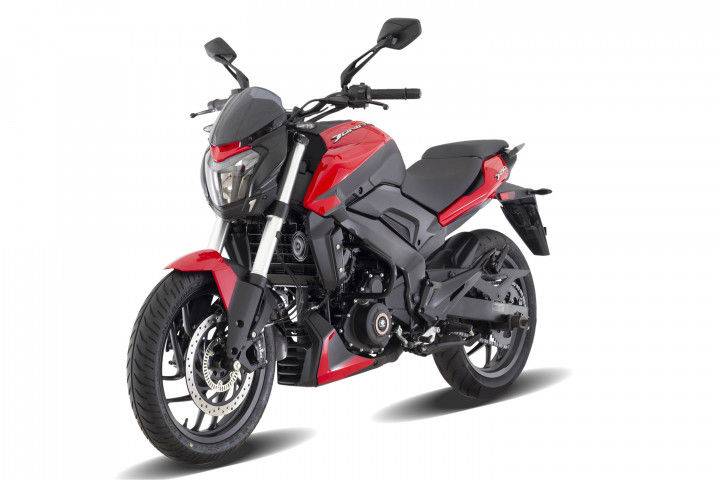 The much-anticipated Bajaj Dominar 250 is finally here. The introduction of safety norms and new emission standards has pushed the price of the Dominar 400 to Rs 1.90 lakh, thus putting it out of reach for many. The quarter-litre cruiser stands as an affordable alternative with similar features on offer. A win-win for most Dominar enthusiasts.

In terms of underpinnings, the 250 uses a slimmer 37mm USD fork compared to the 43mm unit on its elder sibling. That said, it retains the same rear monoshock. The braking setup has been altered as well with a 300mm disc clamped by a radially mounted caliper and a 230mm disc at the rear. For reference, the Dominar 400 features a larger 320mm disc up front. Other changes include a box-section swingarm as opposed to the stamped metal swingarm on the Dominar 400.

Not much has changed in terms of looks. The Dominar 250 looks near-identical to its elding sibling, albeit for a couple of differences. For instance, the 250cc motorcycle comes in two colour options: Canyon Red and Vine Black. It features the previous-gen Dominar’s instrument console where the tell-tale lights sit on the tank rather than the primary console. You can read more about it here.

Apart from this, the wheels are finished in matte black instead of the dual-tone scheme on the 400. All said and done, it still shares a few likeable features like the full-LED lighting setup, a twin-barrel exhaust, perimeter frame and bungee straps tucked under the seat.