The announcement was made on the company's official social media channels 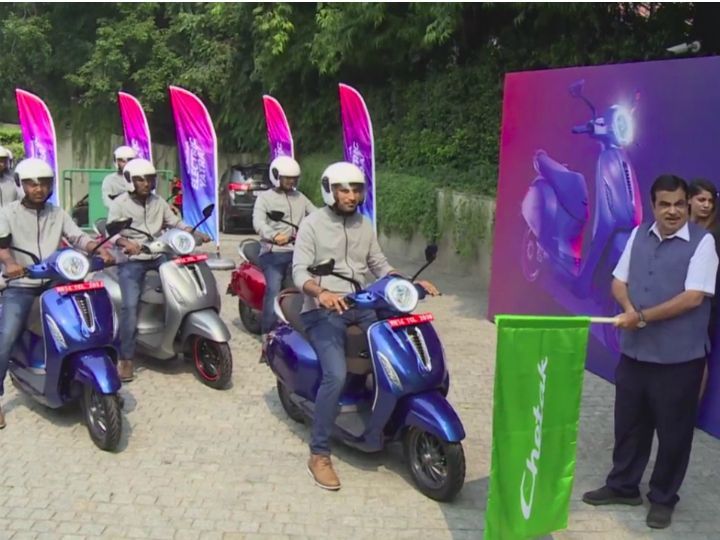 Eagerly waiting for the Bajaj Chetak? There is good news for those of you who are living in Pune. Bajaj will be starting deliveries of the electric scooter from January 2020. The latest development was confirmed on the manufacturer’s social media handle. The next city on Bajaj’s radar will be Bengaluru as the Chetak will take on the Ather 450 on the latter’s home turf. The e-scooter will be sold through Bajaj’s Probiking dealerships where the outlets sell KTM and, in a couple of month’s time, the Husqvarna 401s.

It was quite ironic that Bajaj took a leaf out of its history books for its future as the predominantly motorcycle manufacturer’s first electric offering is a scooter. Bajaj has stayed away from the scooter segment with the last scooter manufactured by Bajaj, the Krystal, was in the early-2000s. But it was logical that Bajaj went with scooters as its first electric product as they have been the go-to solution for urban mobility.

Key specs of the Chetak are yet to be revealed. However, we know that the electric scooter has a 4kW Bosch motor with two riding modes. The real-world range of the Chetak is rated at 95km in Eco mode and it drops down to 85km in Sport mode. The Chetaks have been on a road trip for nearly a month as the Chetak Electric Yatra has chalked off cities such as Jaipur, Ahmedabad and Goa on its trip from Delhi to Pune.

Bajaj wants to bring about a sense of dependability and trust-worthiness with a metal body design for the scooter. The single-sided shocker for the front wheel is reminiscent of the old Chetak while the rear gets a modern cast aluminium single-sided swingarm unit. 12-inch alloy rims are found at both ends with the front wheel sporting a disc brake.

When launched in December, expect the Chetak to have a sticker price of Rs 1 lakh (ex-showroom) in a bid to undercut its primary rival, the Ather 450.