The bike has been listed on Aprilia’s official European website 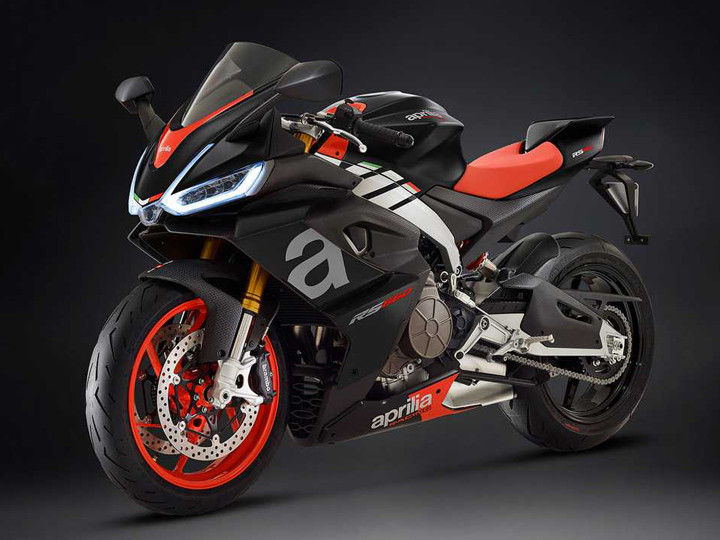 The Aprilia RS 660, which was first unveiled at EICMA 2019, may soon be on its way to dealerships all across Europe. We say this because the bike has been listed on Aprilia’s official European website, hinting at its imminent launch. The RS 660 is one of the most anticipated middleweight supersport in the world right now, and rightly so. It looks absolutely gorgeous, packs a brand new parallel-twin engine and aerodynamic winglets which not only creates downforce but directs engine heat away from the rider as well.

To add some meat to the matter, the RS 660 was also spotted testing overseas and looks production-ready. It takes its design cues from the larger 1100cc RSV4 but looks a lot more aggressive with a sharp front fascia and sleek split LED headlights. A chiselled fuel tank, a pair of winglets and the signature RSV4 tail section add to the overall appeal.

At its heart lies a 660cc parallel-twin motor which produces 101.4PS. The bike also gets electric nannies in the form of an APRC (Aprilia Performance Ride Control) package. This comprises five power maps, traction control, wheelie control, engine brake control and cruise control, all of which is monitored and assisted by a 6-axis IMU and viewed via a fully digital colour TFT display. The RS 660 even gets a quick-shifter.

The RS 660 uses a twin-spar aluminium frame with a 41mm USD fork from Kayaba and a monoshock at the rear. With a dry weight of 169kg, the motorcycle comes to a dead stop with the aid of radially-mounted Brembo M4.32 calipers clamping onto twin 320mm discs up front.

There's no information on the bike’s price just yet, but we expect the RS 660 to make it to India via the CBU route by 2021. Expect it to be priced around Rs 13 lakh (ex-showroom). Once here, it will compete against the Kawasaki Ninja ZX-6R.