5 Bikes We Were Expecting In 2019 That Didn't Arrive 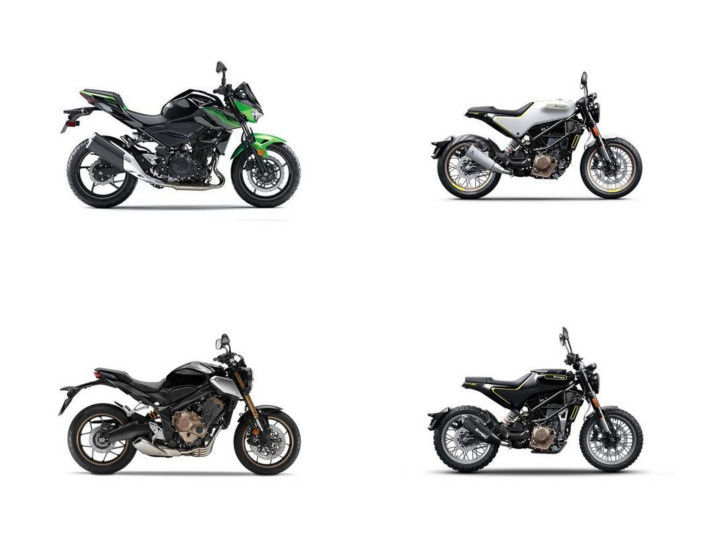 2019 has been an action packed year with quite a few interesting new launches. Despite the flurry of fresh products that came in, there were a few disappointing no-shows over the course of the last year. These are the most notable bikes we were expecting in 2019 that didn't get launched here in India

The Austrian marque finally unveiled the eagerly awaited 390 Adventure at EICMA this year, so we were really hoping for a 2019 launch in India. Alas, it was not to be, with KTM stating a January 2020 timeline for the launch of its first Adventure model in India.

Once here, the bike will come with long-travel suspension at both ends and a 19-inch/17-inch alloy wheel combo, while its powertrain will remain unchanged from that of the Duke 390's. The 390 ADV is expected to be priced at around Rs 3.00 lakh (ex-showroom).

Error 401 page not found! 2019 was slated to be the year for the launch of these two Huskies in India, but unfortunately they haven't arrived. It isn't a complete disappointment, though, because Husqvarna has finally entered India with its smaller Vitpilen 250 and Svartpilen 250 models.

These two bikes were unveiled at IBW 2019 are based on the KTM 250 Duke, which means a 248.8cc motor producing 29.91PS and 24Nm. The Vitpilen is a neo cafe racer while the Svartpilen is styled like a futuristic scrambler. Both bikes are expected to be launched in January 2020, with prices in the Rs 2.3-2.5 lakh range (ex-showroom). Husqvarna will also bring the KTM 390-based 401s to India sometime next year.

Having already brought us the manic (albeit obscenely expensive) Ninja 400, we were hoping that Kawasaki would treat us to its naked sibling, the Z400, as well. Sadly, the Z hasn't arrived this year and we can only keep our fingers crossed for a launch in early 2020.

The 399cc parallel-twin motor in the Z produces a healthy 45PS and 38Nm, and the bike is held together by a trellis frame suspended on a conventional fork and preload-adjustable monoshock. Going by the pricing of the Ninja 400, we expect the Z to set you back by around Rs 4 lakh (ex-showroom) once it finally arrives.

Another small Japanese sportsbike that failed to make it to our shores this year is the updated Yamaha R3. The little supersport was updated internationally last year with new styling, a fully digital instrument cluster, revised ergos and an upside-down fork.

We had hoped this new R3 would reach India sometime in mid-2019 but as the year draws to a close, we are yet to receive any details about a possible launch. When it does arrive, Yamaha might ditch the USD fork for a conventional unit, meaning a price tag of around Rs 3.7 - 3.8 lakh (ex-showroom).

Middleweight nakeds are becoming increasingly popular thanks to their versatile nature and having just the right amount of performance on tap. Which is what makes Honda's absence from this segment rather surprising. The CBR650R is already sold here and we expected Honda to bring in its naked sibling, the CB650R, this year as well, but this hasn't so far.

Here‚Äôs How You Can Accessorize Your KTM 390...