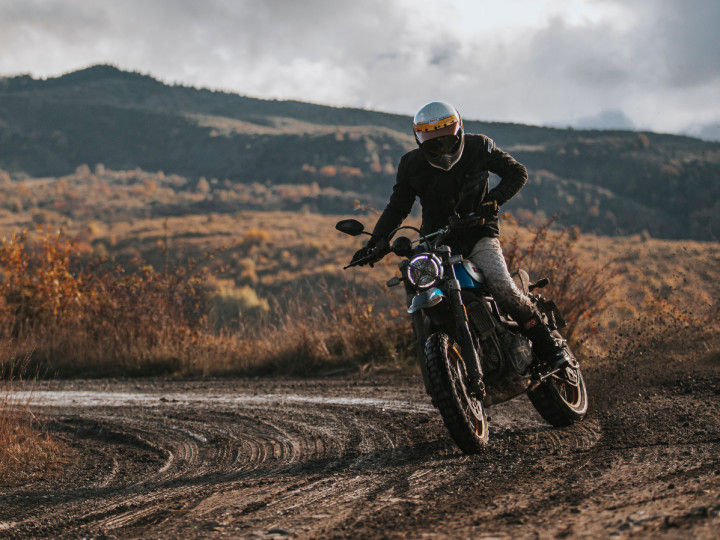 Ducati’s fortunes took a turn for the better when the Italian brand revisited its roots and introduced the Scrambler in 2014. In the past six years, the Scrambler has evolved from a singular model to a family of neo-retro Ducatis, each one with a distinct flavour and intention. It remains Ducati’s most popular modern motorcycle, especially in markets like India where it made the brand quite accessible. We have had to wait for a while to hear when the emission-compliant versions of the Scramblers would be ready and now they are.

Ducati has taken its time to update the 800s with the larger capacity 1100 Pro models already on sale in most parts of the world including India. The 803cc L-twin air-cooled engine has been altered to spew fewer harmful gases. As a result, the 66.2Nm peak torque generated is 0.8Nm lower than the EU4/BS4 model. No change in peak power, still pushing out 73PS. No changes have been made to the six-speed gearbox either that comes equipped with a hydraulically-actuated slip-and-assist clutch.

Both the Icon and the Desert Sled receive new colour options. The Icon was already available in Dark, classic “62 Yellow” and Icon Orange colours. Now, a Ducati Red shade joins the mix. The Desert Sled gets a cool new silver and blue option. This shade looks particularly refreshing on the hardcore Scrambler, whose appeal is heightened by the red tank stripes and the golden spoke wheels.

The third variant, the new one, is called Nightshift, Ducati trying to blend in the best bits of the earlier Full Throttle and Cafe Racer trims into one. It gets a dark theme with the teardrop-shaped tank and the flat track-style side panels finished in Aviator Grey. No clip-ons here, a straight wide handlebar with bar-end mirrors is found on the Nightshift. Lastly, you get a short, thick bench-seat to complete the look.

All three variants get an LCD dash that is Ducati Multimedia System ready, unlocking smartphone connectivity that allows you to receive calls and SMS alerts on the fly. LED lighting systems all around lend that premium touch to the entry-level Ducati.

The Scrambler is expected to hit Europe in the coming weeks with India launch likely to take place by early-2021. Considering not a lot has changed, expect these new Scramblers to come in at around Rs 30,000-Rs 50,000 more than their BS4 avatars. Thus, the Icon and Desert Sled could be priced at around Rs 8.20 lakh and Rs 10.30 lakh while the Nightshift could be introduced here at Rs 9.30 lakh (all prices, ex-showroom India).