Both bikes bear some interesting aesthetic tweaks, while employing the same likeable powerhouses 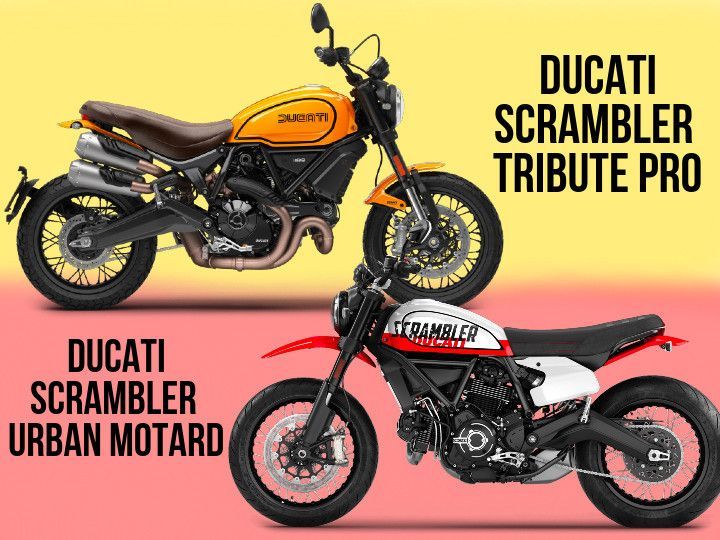 Episode One of Ducati’s World Premiere brought us the Multistrada V2. And for the second episode, Ducati has introduced two new Scrambler models to its stable, namely the Scrambler 800 Urban Motard and the Scrambler 1100 Tribute Pro. Let’s take a look at these new models:

The first new motorcycle is the Scrambler Urban Motard, based on the entry-level Scrambler Icon. This one is quite modern in its ways and aims to target a more youthful audience. And it looks that way too.

Right from the red high-set fender to the graffiti-like red/white graphics, the Scrambler Urban Motard looks refreshing and sporty. In addition to a new livery, there’s also a textured seat and side number plates if you want to personalise the bike.

The most interesting update, though, is the addition of 17-inch spoke wheels at both ends, wrapped in Pirelli Rosso II tyres. Yes, Rosso IIIs on a scrambler sounds odd but this combo would give it supermoto-like handling, which should be extremely fun.

Mechanically, the Scrambler Urban Motard is the same as the Icon. The 803cc, twin-cylinder motor (with 73PS and 66Nm) does duty here too.

Coming to features, the Scrambler Tribute PRO packs cornering ABS and three riding modes, accessible via a digital LCD instrument cluster, along with a USB charging port and all-LED illumination.

As the name suggests, this model pays tribute to Ducati’s first ever scrambler, introduced 50 years ago, in 1971. To do so, the Scrambler Tribute PRO is wrapped in a bright yellow paint shod with old-school Ducati logos. In addition, you get 18/17-inch (F/R) black spoke wheels, circular mirrors, and a tan brown ribbed flat seat, which makes it ever so retro.

Apart from this livery, the Scrambler Tribute PRO carries forward the same mechanicals and underpinnings from the standard Scrambler 1100. So you get a 1079cc, twin-cylinder, air-cooled engine putting out 86PS and 88Nm. While the numbers aren’t over the top, the highlight here is the fact that the peak torque kicks in from as low as 4000rpm. All this is sprung on a USD fork and a monoshock.

Meanwhile, the feature list includes the same bits and bobs as the smaller Scrambler.

Since the Ducati Scrambler range is on sale in India, we expect these models to make their way here too in 2022. However, these special models will probably bear a slightly higher price than the standard models. 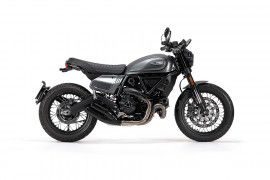 All Comparisons of Scrambler 800