FIVE Things That Are New In The Fifth-gen Honda City

Apart from being larger, the new City is more powerful and feature loaded 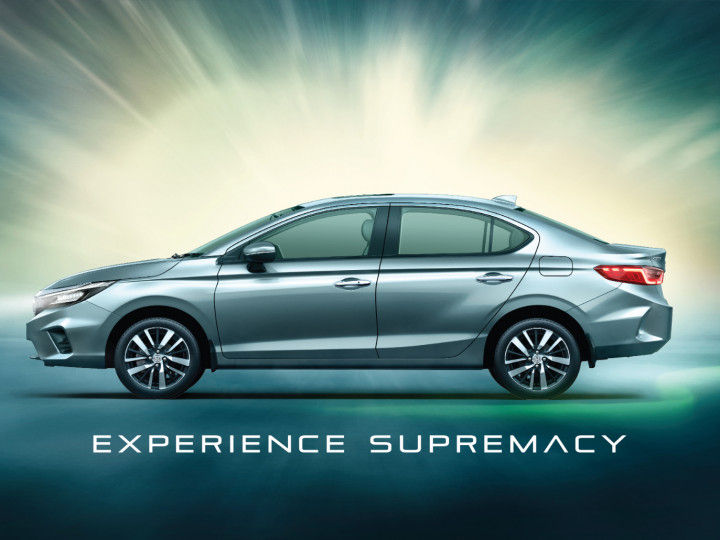 The 2020 Honda City has been revealed and boy, it does look like a more worthy rival to its competition. Longer and more feature loaded than before, the City does look like it's ready to face the tough battle when it reaches your nearest Honda showroom in July 2020. Here are five things that make it stand out when compared to its rivals:

… features! And Honda has gone the extra mile in this department. Prime new inclusions include Honda’s LaneWatch Camera which streams the view from the left ORVM (outside rearview mounted) mounted camera on to the head unit, a semi-digital instrument cluster featuring a 7-inch screen, a tyre pressure monitor, electronic stability control with agile handling assist, hill start assist and connected car technology with Alexa compatibility (Hello Alexa, switch on my Honda city ….. Something like this). Phew!

Features like a touchscreen infotainment system with Apple CarPlay and Android Auto along with Weblink support (newly added), climate control, cruise control, a sunroof and auto dimming IRVM have been retained. Safety features include six airbags, ABS with EBD and rear parking sensors with a camera.

Though the exterior design comes with evolutionary design elements, the dashboard is new. It comes with a minimalist design with a simple layout. The central console now features a a inch bigger touchscreen infotainment screen at 8-inch and it  is flanked by AC vents. Unlike the earlier model, we also appreciate that Honda has used minimal gloss black trims as it’s prone to scratching.

Also, the new chunky 3-spoke steering wheel and leather upholstery reek premiumness. A special shout out should also be made to the seats, especially the front ones, which look like a straight lift from bigger Hondas. Quality levels are also expected to be right on top with plenty of soft touch plastics.

The City has always been one of the largest cars in its segment. Now with an updated platform, the new City takes things one step further. In fact, its length can almost shame cars from a segment above. Here’s how it compares against the fourth-generation City:

With an expected starting price of Rs 11 lakh (ex-showroom), the new City is definitely on the pricier side in its segment. The existing fourth-gen model is expected to remain on sale alongside. It will rival the Volkswagen Vento, Hyundai Verna, Skoda Rapid, Maruti Suzuki Ciaz and Toyota Yaris.