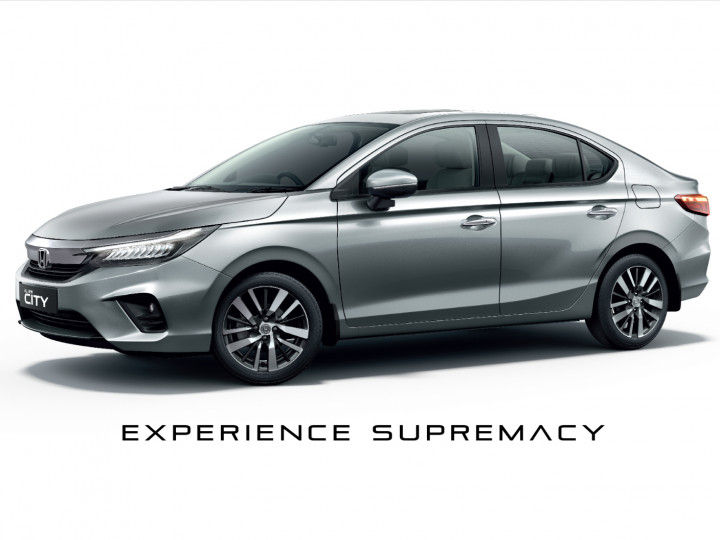 After a long delay due to the nationwide lockdown, the 2020 Honda City has finally been revealed. The carmaker has also spilt the beans on key information about the much-awaited sedan ahead of its July 2020 launch. Here are the deets:

We already knew that Honda will offer the 2020 City in three variants -- V, VX and ZX -- thanks to an RTO document. It will come with a choice of BS6-compliant 1.5-litre petrol and diesel engine options. The petrol engine develops 121PS/145Nm, 2PS more than before while the diesel engine puts out 100PS/200Nm. While both engines come paired to a 6-speed manual transmission (new for petrol), the CVT automatic is limited to the petrol unit only.

In terms of fuel efficiency, the 2020 City petrol manual returns 17.8kmpl while the CVT model returns 18.4kmpl. The diesel variant has a claimed efficiency of 24.1kmpl.

Though the 2020 Honda City rides on an identical wheelbase, it’s longer and wider than the current-generation City as it is based on a new platform. Here’s how it compares to the existing fourth-generation model:

Yes, the 2020 City packs in familiar design elements like the large chrome-laden Honda grille. However, the sleek nine-unit LED headlamps and muscular bumpers make it look identical to the bigger Civic and Accord, which is no bad thing. At the side, it now sits on new 16-inch alloy wheels while the rear comes with wraparound LED tail lamps.

Inside, the City now features a new dashboard that has a simple and minimalistic layout.  Highlights include a larger 8-inch touchscreen infotainment system flanked by AC vents. The climate controls utilise traditional knobs, unlike its predecessor which comes with touch-based controls.

Considering its tough and feature-loaded competitors, the 2020 Honda City needed to make a mark in this department, and we are happy to report that it does. Newly added equipment include connected car technology, Honda’s LaneWatch camera, coloured multi-info display, Alexa remote compatibility, tyre pressure monitor, semi-digital instrument cluster with a 7-inch screen, and a three-point centre rear seatbelt.

Just like its predecessor, the 2020 Honda City will be on the pricier side with an expected starting price of Rs 11 lakh. Honda could justify its high asking price with a lengthy list of features right from the base-spec V variant. The 2020 Honda City locks horns with the Hyundai Verna, Skoda Rapid, VW Vento, Toyota Yaris and Maruti Suzuki Ciaz. The existing fourth-gen model is likely to remain on sale alongside the new model.