You Can Now Pre-book The New Honda City! 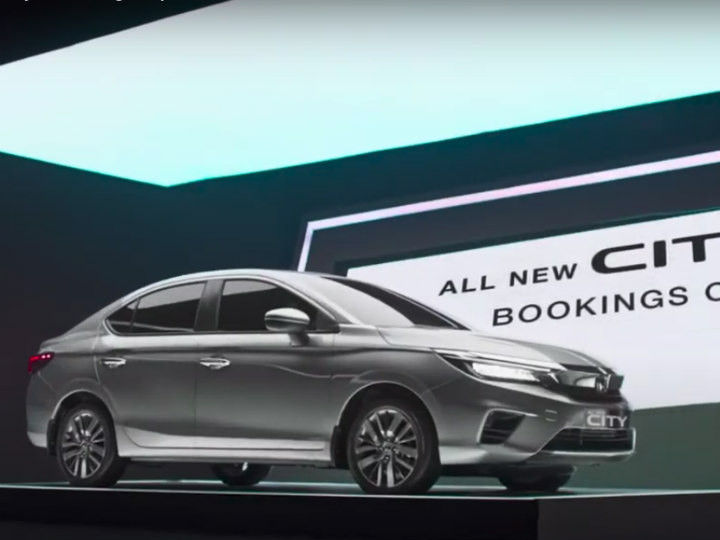 As the new Honda City’s mid-July launch timeline gets closer, the carmaker has begun revealing various details about The fifth-gen sedan. Just over a week after its unveiling and a couple of days after production was commenced, the carmaker has announced that pre-bookings for the 2020 Honda City are open. The pre-booking amount if you book online is Rs 5,000, whereas if you book at an authorised dealership, the amount goes up to Rs 21,000.

We already know that the 2020 City will be built on an updated platform and is longer (+109mm), wider (+53mm) and slightly shorter (-6mm) than its predecessor. But its wheelbase remains the same at 2600mm. Design highlights include similar bits as the older models like the chrome-laden Honda grille and new features such as Accord/Civic-like sleek nine-unit LED headlamps, muscular bumpers, wraparound LED tail-lamps, and 16-inch alloy wheels.

On the inside, the 2020 City gets heavy revisions in the form of a simplistic dashboard, a larger 8-inch touchscreen infotainment system flanked by AC vents and traditional climate controls knobs. New equipment includes connected car technology, Alexa remote compatibility, a 7-inch semi-digital instrument cluster, and  Honda’s LaneWatch camera.  Features that have been retained include Android Auto and Apple CarPlay, keyless entry with push-button start, and cruise control. Honda claims the 2020 City is equivalent to an ASEAN NCAP 5-star rating with safety equipment like six airbags, ABS with EBD, rear parking sensors, and electronic stability control.

Powering the new City is a couple of BS6-compliant 1.5-litre petrol and diesel engines. The petrol engine puts out 2PS more than its predecessor at 121PS/145Nm whereas the diesel mill is the same as before, putting out 100PS/200Nm. While both engines are paired to a 6-speed manual transmission (new for petrol) as standard, the 1.5-litre petrol engine gets an additional  CVT automatic option. The petrol manual boasts an average fuel efficiency of  17.8kmpl while the  CVT option delivers 18.4kmpl. The diesel engine gives out 24.1kmpl.

It is likely that the existing fourth-gen model will continue to be sold alongside the new City. The 2020 Honda City will be sold in three variants - V, VX and ZX - at launch. Prices are yet to be revealed, but we expect them to start from Rs 11 lakh owing to the upgrades and lengthy feature list. Once launched, it will go up against the Skoda Rapid, Volkswagen Vento, Maruti Suzuki Ciaz, Hyundai Verna and Toyota Yaris.