The latest iteration of Kawasaki’s litre-class offering gets a small power bump and loads of new features! 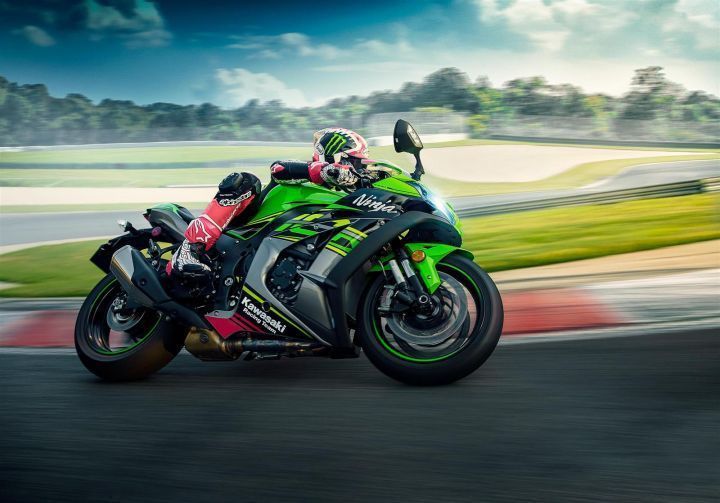 Last year, Kawasaki had unveiled the 2019 iteration of the bonkers ZX-10R. The Japanese bikemaker has now commenced bookings for the 2019 ZX-10R and interested customers can book theirs for a token amount of Rs 1.5 lakh. However, you need to hurry up as the litr-class superbike can only be booked between April 26 to May 30. What’s more, only a limited number of units will be brought to India.

The 2019 Ninja ZX-10R gets a finger follower valve train instead of the bucket and shim setup that was seen on the previous model. Other notable features include a bi-directional quick-shifter and self-healing paint, which first debuted on the 2019 Ninja H2 range.

New Ninja ZX-10R will be introduced in KRT edition, its ex-showroom price and specifications will be released in due course of time. Customers can pre-book New Ninja ZX-10R for an amount of Rs. 1,50,000 at the authorized dealership of IKM and customers can expect the delivery of the bike by mid of June 2019. The pre-booking facility is open from 26th April 2019 till 30th May 2019. As this bike will be produced in limited numbers in first lot, the bookings will be closed after reaching targeted numbers.