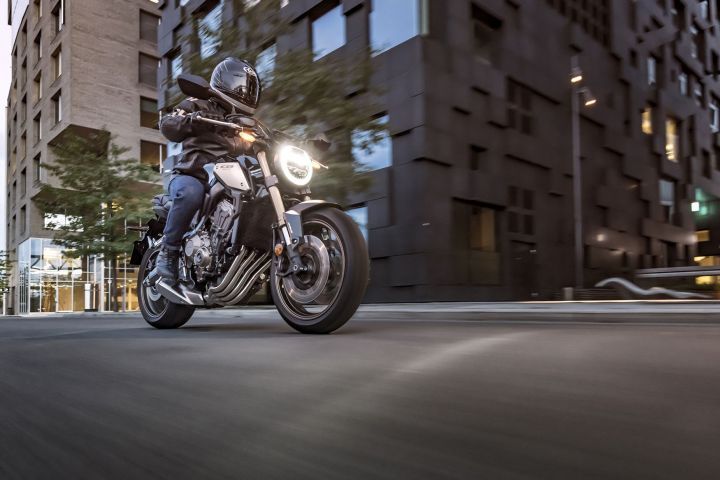 Honda has unveiled the MY2019 versions of the naked CB650R and the faired CBR650R sportbike at EICMA 2018 in a bid to spice up its middleweight two-wheeler lineup.

The CB650R is a retro-styled naked based on Honda’s Neo Sports Café concept that was unveiled earlier this year for the CB1000R and the CB300R. The design is scaled perfectly for the 650. It gets the signature round headlamp with LED elements, while the rest of the design is fairly modern with a tightly packed and creased fuel tank. The new frame is lighter by 1.9kg, while the side spars have been designed to be more flexible than before.

While the CB650R looks modern and mature, it’s a proper sports naked with an an aggressive riding posture, where the handlebars have been moved forward and lowered (13mm and 8mm) and the footpegs have been moved backward and higher (3mm and 6mm). Additionally, the steering head is more rigid compared to the outgoing model. The CB650R displays all the essential readouts via an all-digital instrument console. Other new additions include 41mm Showa SFF forks with adjustable preload and rebound damping and a rear monoshock. It also gets new wheels made from cast alloy.

In terms of performance, the engine receives a higher rev ceiling as well as a 5 per cent boost in power. The torque curve is claimed to be smoother and meatier through the rev range.

It's pretty much the same story for the CBR650R. It too sheds weight and gains power as well as a higher redline, resulting in an 8 per cent improvement in power-to-weight ratio. This mid-displacement bike now produces 95PS (up by 8.4PS) of peak power at 12,000rpm.

As for its styling, it borrows design cues from its elder sibling, the 2018 CBR1000RR. It features dual-LED headlights, sharp and aggressive lines and a short tail section, which adds to the compact proportions of the bike. The rider's triangle is more aggressive thanks to lowered clip-on handlebars (repositioned 30mm forward) and rear-set footpegs.

With Kawasaki set to launch the ZX-6R in India soon, we expect Honda to launch the CBR650R and CB650R in a bid to capture increase its market share in the Indian middleweight two-wheeler segment.