Expect Triumph to price it quite attractively like the Trident 660

[Update: Triumph has launched the Tiger Sport 660 in India at Rs 8.95 lakh (ex-showroom pan India). Read our launch story for all the details.] 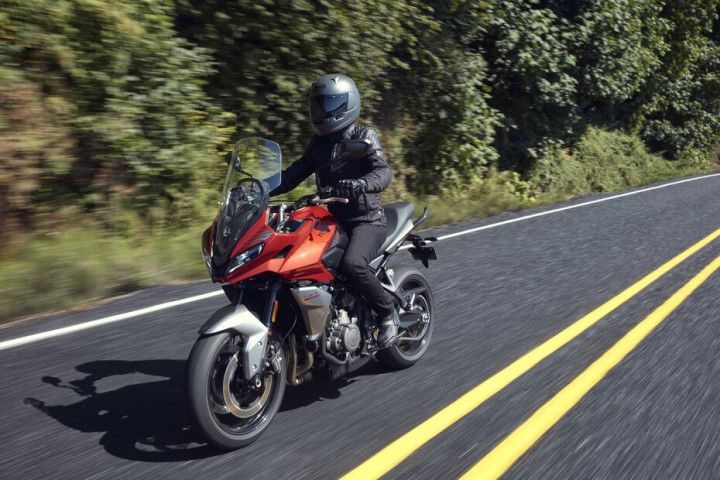 The much-awaited Triumph Tiger Sport 660 is finally arriving in India on March 29. Triumph has been teasing the bike’s launch for a few weeks now, sharing images of the wooden containers in which it’s supposed to arrive.

We expect a highly competitive price tag for the Tiger Sport 660, somewhere in the region of Rs 8.50 lakh (ex-showroom).

It isn’t a mere slap-on job, though. The chassis has seen a minor modification with respect to the steering geometry. Triumph has sharpened the rake here but extended the wheelbase by 17mm. Plus, the adventure clothing, which looks stunning, adds quite a lot of weight. The Tiger Sport 660 turns out to be nearly 17kg heavier than the Trident.

The major differences on the adventure-sports tourer are the relaxed ergonomics and longer travel suspension. Hopefully, the additional travel on offer should lend a bit more plushness to the ride, which will be beneficial for touring.

The Tiger Sport 660 will lock horns with the Kawasaki Versys 650 and the Suzuki V-Strom 650XT. Despite its high asking price, the V-Strom still makes a solid case for those who want a balance of on- and off-road riding. On the other hand, we still haven’t received the 2022 update of the Versys, which gets a new look, colour TFT dash, and traction control. It will be interesting to see how the two bikes stack up once the update arrives.