These Are The India-bound Triumph Bikes In 2022

Not a long list, but some key products for our market 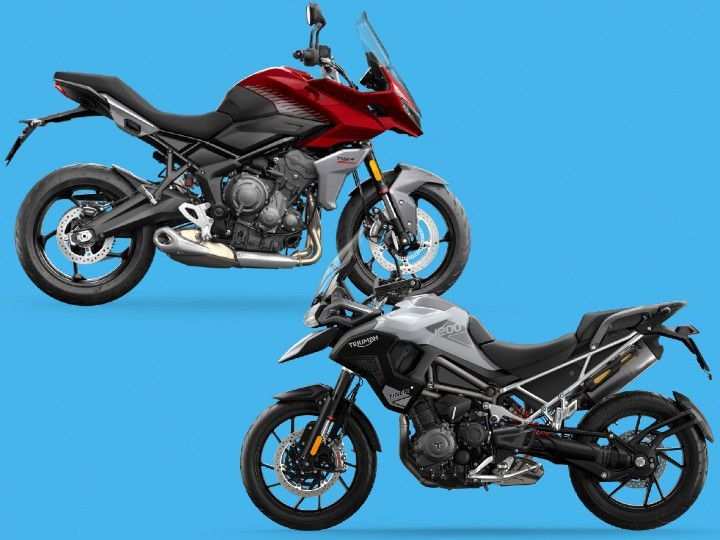 Triumph Motorcycles has one of the biggest BS6 big bike portfolios in India. From likeable mid-capacity bikes like the Trident 660 to the mind-boggling super nakeds like the Speed Triple 1200 RS, there’s one for all kinds of riders. And for 2022, this list is getting even bigger. Here’s what you can expect from the British brand next year:

The Tiger Sport 660 is the smallest Triumph bearing the ‘Tiger’ badge. And to help make it more touring-friendly than the Trident, Triumph has given the bike more upright ergonomics with a 40mm wider handlebar and 30mm higher seat, a semi-fairing with a tall visor up front, a bigger fuel tank, and more suspension travel at both ends. There are some other significant changes too, which you can check out in our detailed story on the Tiger Sport.

In India, the Tiger Sport 660 will go against the Kawasaki Versys 650.

The Tiger 1200 also employs a new 1160cc triple-cylinder motor that belts out 150PS and 130Nm, a 9PS and 8Nm increment more than before. Meanwhile, an extensive electronics package (which now includes radar-based features) will keep you right side up in hairy situations.

Now this is a long shot, but we believe Bajaj and Triumph are likely to introduce (if not launch) the first bike under their joint venture. From what we know, this would be an entry-level Triumph motorcycle, something like a 300-400cc Bonneville.

As we said, though, this is a long shot as the COVID-19 pandemic had delayed these plans and with the new variant coming into play, there could be an even bigger delay.

Here Are The Hero MotoCorp Two-wheelers We Expect For 2022