It uses the same 660cc triple as the Trident 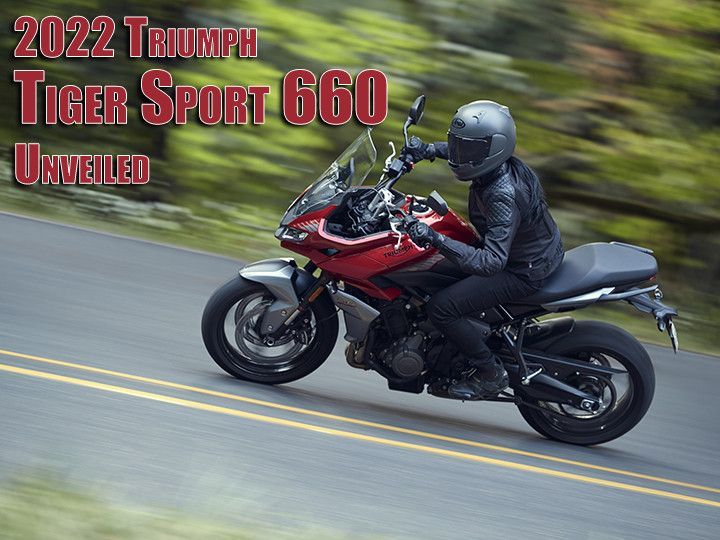 Triumph’s plans to bring in more riders to its fold has worked quite a treat. The Trident 660 ousted the Kawasaki Z650 in our battle for mid-displacement naked supremacy, offering great performance and kit at a reasonable price. Now, Triumph is shifting its focus to the adventure sport touring segment, and aims to attack another Kwacker in the process. Behold, the Tiger Sport 660, the bike that should worry the much-loved Kawasaki Versys 650, and which is coming to India by February 2022.

What’s The Price? Who Are Its Rivals?
Triumph has not revealed the prices of the Tiger Sport 660 as yet. However, given its recent history of getting the prices right for its last few motorcycles, we expect the same for the Tiger Sport 660. Given the price delta between the UK prices of the two Triumph 660s, we figure that the Tiger Sport 660 would be priced at around Rs 8 lakh (ex-showroom), which would still make it a highly competent package to go up against the Kawasaki Versys 650. There aren’t any other adventure-cum-sports machines on offer in this segment, although the Honda CB500X would be slightly more affordable and have a bit more capability.

What’s New?
The Tiger Sport 660 is unlike any other member of its Tiger Sport clan. While other members have been derived from the base Tiger models, Triumph will be doing it the other way round for the 660. Hence, the Sport has arrived first and we expect a proper adventure motorcycle to come in a year later.

The Tiger Sport 660 looks absolutely smashing to say the least. It’s got a face that is quite reminiscent of the old Daytona 675 and looks quite like the new Aprilia RS 660, especially with the small air duct splitting the LED headlamps. The half fairing isn’t a slap-on job but designed from the ground up, with sharp cuts and clean edges. The arrow-head tank extensions add to the sporty look.

As exciting as the front end of the Tiger Sport 660 is, the tail simply fails to match up. The clean looks from the Trident has been adopted here as well with the only exception being the presence of a conventional mudguard where the number plate and turn indicators have been mounted instead of the swingarm-mounted holder from the Trident.

There are quite a few changes to the rider’s triangle. Thanks to the subframe, the seat height has gone up to 835mm, 30mm more than the Trident. The handlebar is 40mm wider here and mounted on tall risers. Even the footpegs are positioned slightly forwards and below the rider’s seat, which seems roomier and has a pretty large scoop. The pillion seat is flatter and wider than the Trident’s, with large grab handles also present. The Tiger Sport 660 gets pannier mounts as standard. Plus, the 17-litre fuel tank will be quite useful for touring.

One of our complaints with the Trident was its rather firm ride quality. For the Tiger Sport 660, Triumph has increased the suspension travel to 150mm at both ends (30mm and 16.5mm more travel at the front and rear), which should make the ride a bit more plush. The Showa monoshock gets a remote preload adjuster, nullifying the need for special tools to adjust the preload settings. Even the steel swingarm is longer to better deal with the added weight of the adventure sports machine.

What’s Unchanged?
The heart of the Tiger Sport 660 is borrowed from the Trident 660. The 660cc triple pumps out the same 81PS and 64Nm with no change to the engine tune. The Trident was quite an easy and tractable motorcycle to ride in the urban jungle and could sustain speeds of 120-130kmph effortlessly. And with the fairing in place and comfy, upright ergos, the Tiger Sport 660 should be better on the highway.

It still gets only two riding modes, Rain and Road, with dedicated throttle maps, traction control and ABS intervention levels. Traction control can be completely switched off for a bit of added hooliganism. These aids can be controlled via a switch cube with the data displayed on a full-digital console. The split dash setup (LCD top and TFT below) isn’t housed in the roundel of the Trident but rather gives off the impression that it is from the larger Tiger 900s.

Lastly, the Tiger Sport 660 runs on the same sleek 5-spoke 17-inch alloy wheels that come shod with Michelin Road 5 tyres. Even the braking hardware remains the same, Nissin twin-piston sliding calipers acting on large 310mm dual front rotors and at the rear, there’s a single 255mm disc with a Nissin single-piston caliper chomping down on it.

ZigSays
The Triumph Tiger Sport 660 aims to marry the look and feel of an adventure motorcycle, the comfort of a tourer and the sportiness of a naked, and we think Triumph has delivered well on that front. Considering its expected price of Rs 7.90 lakh, it would make it quite a decent proposition as well for the new-age big bike touring enthusiast.