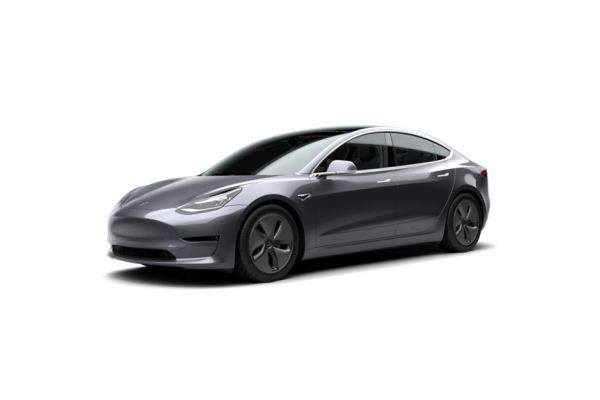 Rate this car
Alert me when launched Ask A Question

Tesla will soon bring its entry-level Model 3 electric sedan to India, with an expected launch in the first half of 2021. Tesla’s India entry has been confirmed by Union Minister Nitin Gadkari.

The Model 3 sedan (US-spec) is offered in three electric powertrain options: Standard Plus, Long Range and Performance. The Standard Plus utilises a rear-wheel drivetrain, while the Long Range and Performance variants are powered by a dual-motor all-wheel-drive setup. Tesla claims an efficiency of 423km, 568km and 507km for the three variants of the Model 3, respectively. The top-spec Performance variant does a 0-97 kmph sprint in 3.1 seconds with a top speed of 261 kmph. The Indian model is likely to be offered in Standard Plus variant, while the other two could be introduced later.

Tesla loads the Model 3 with features such as 15-inch touchscreen infotainment system with online updates, 14-speaker audio system, 12-way power-adjustable heated front seats, tinted sunroof, and two wireless charging ports. The electric sedan also gets Tesla’s Autopilot feature. It is yet to be known if Tesla could offer these features in the India-spec model.

Tesla will import the Model 3 as a CBU, taking its expected starting price to Rs 60 lakh (ex-showroom).

There are two battery packs to choose from - 50 kWh and 75 kWh. The smaller of the two is good for a 350km range on full charge and can hit 100kmph from a standstill in 5.6 seconds. Top speed is rated at 210kmph. With a supercharger installed, the battery can be juiced up to give a range of 210km in about 30 minutes. From a standard home charging socket, an average of 48km of range is added every hour. The bigger battery pack can run for 500km on a single charge, complete 0-100kmph in 5.1 seconds and reach a top speed of 225kmph. Supercharging and standard home charging times are clocked at 270km in 30 minutes and 60km every hour respectively.

Unlike other cars, the variant list is defined on the basis of the battery packs available. As mentioned above, the standard and the long-range battery packs are the two available with the Model 3. Standard equipment is identical in both the cars. The standard kit includes the massive touchscreen display, automatic emergency braking and collision avoidance system, eight airbags and voice activated controls. Premium upgrades like LED fog lamps, 12-way power adjustable front seats, tinted roof with ultraviolet and infrared protection and, auto dimming, power folding, heated ORVMs are optional extras.

Tesla’s car for the masses looks like the Model S on a diet. From the rear and the side, the Model 3 looks remarkably like its bigger sibling with a tall roof line and chopped overall length. However, the Model 3 carries a different face, with its bland upturned beak that reminds us of the original Tesla Roadster and also the current Model X. The all-glass roof, which blends seamlessly into the rear end of the saloon, makes it look more like a coupe than a sedan. The standard 18-inch wheels work well with the overall styling quotient but for an additional fee, Tesla will offer 19-inchers as well.

The minimalistic design approach continues on the inside as well. Apart from the dash-mounted 15.4-inch touchscreen display with its landscape orientation, nothing else demands attention in the cabin. That display controls everything from the dual zone climate control, sat-nav to the sound system while displaying information regarding battery charge, usage and range. Oh, there is no dedicated instrument cluster, so the driver centric information like the odometer and speedometer is also fed through the same display. Because of the shorter length than the Model S, there isn’t enough room to mount two extra seats in the rear trunk. But the 60/40 split folding rear seats add to the versatility factor.

Like other Tesla models, the Model 3 doesn’t have any direct rivals. That said, it is similarly sized as the Mercedes-Benz C-Class, BMW 3 Series, Volvo S60, Jaguar XE and the Audi A4.

Tesla Model 3 is going to launch in India with an estimated price of Rs. 60.00 Lakh

What is the expected price of Tesla Model 3?

What is the launch date of Tesla Model 3?

The estimated launch date of Tesla Model 3 is March 2021.