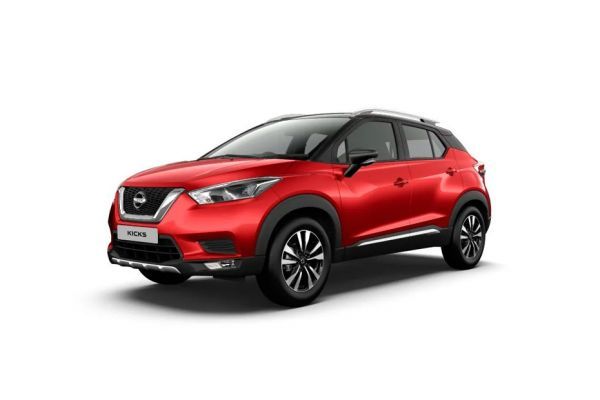 Nissan has silently launched a new base-spec Kicks XE diesel variant at Rs 9.89 lakh. Along with the introduction of the new variant, all the diesel variants of the Kicks have been rejigged. The top-spec XV Pre Option variant has been given the boot and its features have been transferred to the XV Pre variant. This has also made the top-end variant of the Kicks Rs 96,000 cheaper than before. Along with that, more features have been added to the mid-spec variant, resulting in a price hike of Rs 2,000 to Rs 24,000 depending on the variant. The Kicks diesel is now priced from Rs 9.89 lakh to Rs 13.69 lakh (ex-showroom Delhi).

The petrol-powered Kicks variants don’t get any changes in terms of features or price.

The Nissan Kicks hopes to woo customers looking for a compact SUV in the Rs 9-15 lakh bracket with a premium design and premium features. Based on the same B0 platform as the Renault Duster, Nissan Terrano and the Renault Captur - the Kicks has great ride-and-handling characteristics and a competent diesel engine. The premium-feeling interiors and features like a first-in-segment 360-degree parking camera system should help it stand out in a very crowded segment.

Nissan’s compact SUV is offered with a choice of two engines - a 1.5-litre petrol, and a 1.5-litre diesel. These are the same engines you’d find under the hood of the Renault Captur. The petrol motor makes 106PS/142Nm and comes paired with a 5-speed gearbox. On the other hand, the diesel engine makes 110PS/240Nm and gets a 6-speed manual transmission. Sadly, no automatic transmission is being offered with the Kicks.

The Nissan Kicks is offered with 4 diesel variants - XE, XL, XV and XV Premium and 2 petrol variants - XL and XV. The compact-SUV is priced from Rs 9.55 lakh to Rs 13.69 lakh, ex-showroom Delhi.

The Nissan Kicks definitely isn’t a square, upright SUV. It’s more flamboyant, with sharp crossover styling that blends well with Nissan’s design language. Not to say it doesn’t have the rugged elements in place though. The wheel arches are flared, there’s matte-black cladding all around and it gets a healthy 210mm of ground clearance as well. Bits such as the large smoked-out LED projector headlamps, 17-inch machine-finished alloy wheels, the contrast coloured roof and the boomerang-shaped tail lamps give the Kicks a distinct identity. It’s amongst the largest vehicles in its class, scoring high in terms of width and overall length.

Sadly, though, this doesn’t translate into a roomy cabin. Space on offer is acceptable at best. And since it’s based on the same platform as the Captur, it inherits the same issues. The pedal box feels cramped, the driver seat is set higher than usual, and placement of switches takes some getting used to. That said, Nissan has thrown in quite a bit of features. This includes a segment-first 360° camera, an 8-inch touchscreen infotainment system and leather upholstery. It also gets automatic climate control, cruise control, and rear AC vents. Notably, a sunroof isn’t offered with the Kicks.

Renault Duster : : The car that started it all, the Renault Duster is the only modern crossover in the segment to feature an AWD system. Its butch design, adequate space, CVT transmission (petrol), AMT (diesel) and all-weather ability help it score a lot of brownie points in the segment. Interior quality and limited service network make it less appealing.

Nissan Terrano : : The Duster's better looking cousin (for some), the Terrano suffers from being too overpriced for its own good. It does get a diesel AMT variant which is a good option for those looking for a convenient urban SUV.

Hyundai Creta : : There’s not much wrong with the Creta. It’s spacious, is built well inside out and drives well too. It’s got an appeal very few of its competitors can match.

Renault Captur : : The Captur brings some style to a segment of boxy SUVs. If you want to stand out in the crowd or while munching highway miles - the big Renault is worth a dekko!

Nissan has managed to price the Kicks competitively, especially the base variant which gets more features than its closest rival, Hyundai Creta. However, the large price-gap between the base and higher variants is a bit of a bummer. Overall, the Kicks is worth considering for those wanting to look beyond the Creta with a well-equipped compact SUV that feels properly premium.