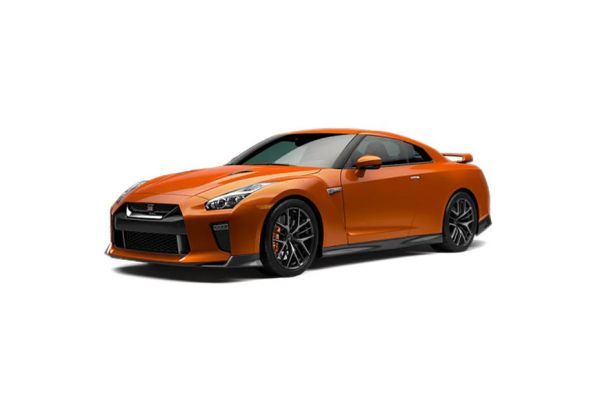 Nissan GT-R is a 4 seater coupe car launched at a base price of Rs. 2.12 crore in December 2016 by Nissan in India. GT-R is available in petrol engine only . GT-R petrol is powered by 3798cc engine claiming mileage of 9kmpl. GT-R also comes with automatic transmission. It is available in 7 colours.

Nissan has unveiled the 2020 GT-R Nismo and the GT-R 50th Anniversary Edition at the 2019 New York Auto Show. The 2020 Nismo is lighter by around 30.5kg thanks to the extensive use of carbon-fibre and other lightweight bits. The twin-turbo V6 makes the same power( 608PS) as before but now gets a turbocharger design from the GT3 GT-R race car for sharper responses. There are also changes to the brakes, and the 20-inch Ray forged wheels are now lighter and stronger than before.

The GT-R 50th Anniversary Ediiton’s changes are limited to just cosmetics. Pearl White with red stripes, Super Silver with white stripes and iconic Bayside Blue from the R34 Skyline with white stripes are the colours on offer. Other minor cosmetic bits and a new grey interior colour scheme differentiates it from the standard car.

Nissan's GT-R has long been hailed as the 'supercar slayer' for its break-neck performance. This two-door, four-seater coupe from Nissan is a legend by itself and as a brand, is over five decades old. In its latest avatar, the GT-R is powered by a 3.8-litre twin-turbo V6 engine that dishes out a healthy 570PS of power and 637Nm of torque. All that power is harnessed by a 6-speed dual clutch