The Godzilla Soldiers On With The 2022 GT-R Nismo

It is still the ultimate performance car in Nissan’s lineup 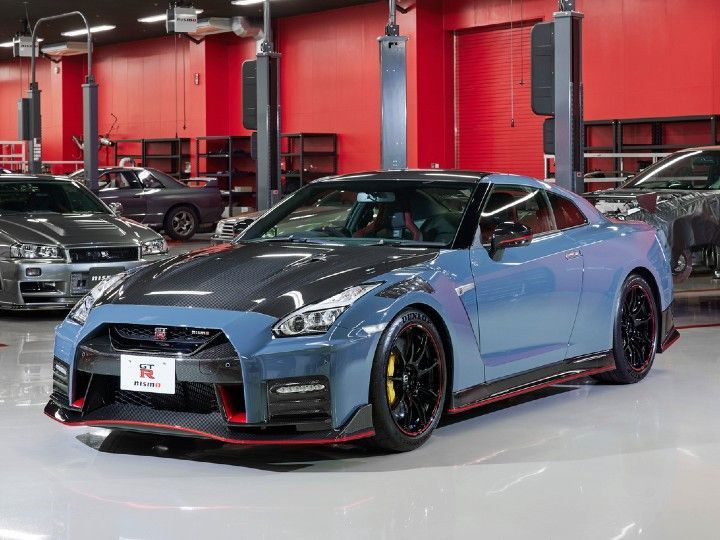 The name ‘Godzilla’ may mean a supernatural monster for some, but for us it's forever associated with the legendary Nissan R35 GT-R, which has shamed hypercars since 2007. 14 years later, the Godzilla continues to soldier on with the 2022 GT-R Nismo. Alongside the flagship GT-R, a special edition has also been introduced, with some special tweaks to keep it relevant amongst the competition.

Of course, the GT-R Nismo is still Nissan’s ultimate performance machine. Both models are powered by a hand-built 3.8-litre twin-turbo V6 motor, pushing 600PS of grunt, and 652Nm of torque. Fun fact: the turbos are borrowed from the GT-R GT3 race car. It continues to be paired with a 6-speed DCT gearbox and an all-wheel drivetrain, with sub-3 second 0-100kmph sprint times.

The special edition version differs by using what Nissan claims as ‘high-precision, weight balanced’ parts for bits like the piston rings, connecting rods, crankshaft, flywheel, crank pulley and valve springs. Nissan claims this has resulted in snappier revs and quicker spooling of the turbo. The two GT-R models continue to use the existing Brembo calipers and carbon ceramic rotors that are the largest in a Japanese performance car, at 410mm (front) and 390mm (rear).

In classic Nismo fashion, both versions of the GT-R Nismo distinguish themselves from the standard model with an aggressive aero kit that includes a large rear wing and red trims all over. There’s also a new Stealth Gray body shade and it is the first GT-R to adorn the new Nissan logo that debuted on the Ariya. But the special edition version comes with an exclusive clear-coated carbon fibre hood that shaves 100 grams of weight from the standard model. Another exclusive feature is the 20-inch Rays aluminum forged wheels that sport a red accent which matches with the existing red accents all over.

Nissan will be launching the 2022 GT-R Nismo and the special edition version in Japan around October 2021. Yes, the Godzilla continues to chug along for now, but we could be looking at a successor soon enough.