Can these sporty-looking electric motorcycles deliver on the promise of making electrics enticing for enthusiasts? 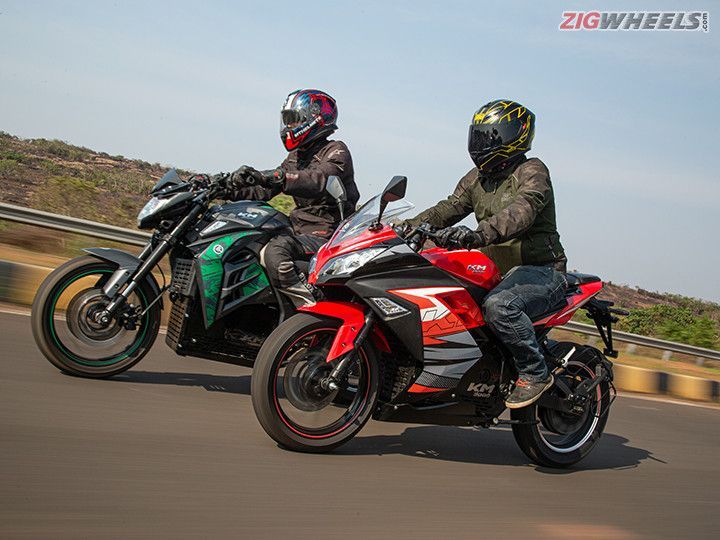 Electric two-wheeler manufacturers are popping up by the dozen. Every other day, you hear about some new player in the market who wants to cash in on this niche space, in the hope that it could make it big in the following years. One such entrant is Kabira Mobility. Yes, you could be forgiven for not knowing Kabira. Heck, even we didn’t know about this brand until Auto Expo 2020, where it showcased a couple of low-speed electric scooters and an electric sportbike, the KM 3000. Over the course of 2020, Kabira even managed to build a sporty electric naked: the KM 4000.

But are these any good? Could these sporty electric motorcycles offer enough performance and convenience for you to make the switch to electric propulsion? To know the answer, we were invited to the brand’s HQ in Goa to have a go on pre-production models of both motorcycles.

The setup
Conventional logic dictates that a naked is less likely to be the sportier option compared to the full-faired bike. But not according to the market research carried out by Kabira. Their audience survey concluded that people wanted the naked bike to be the one offering more performance, while keeping the faired KM 3000 as the more practical choice.

That’s evident with the performance numbers. The KM 4000 is powered by a 5kW hub motor that puts out 8kW of peak power. Performance claims are pretty impressive: 0-40kmph in 3.1 seconds and a top speed of 120kmph! It gets three power modes (Eco, City and Sports), with varying motor output and throttle response.

The performance
While we couldn’t test it on the VBox, the KM 4000 managed to reach 85kmph with relative ease in the highest power mode. There was a definite strain post that speed and you will need a long stretch of tarmac to hit the claimed triple-digit speeds. In terms of acceleration, it feels almost un-electric, almost like a 160cc motorcycle. It isn’t lightning quick off the line but once you get past 10-15kmph, it rapidly gathers momentum.

The claimed range of the 4.4kWh lithium-ion battery pack is 150km in Eco mode, which dips to supposedly 90km in Sport mode. The battery, however, did drain away pretty quickly during our ride and that too without clocking even half the claimed distance. Whether this turns out to be an actual issue is something we can only confirm once we get the bikes for a proper road test back in Pune.

The niggles
The KM 4000 has a rather unusual riding posture. The bars are narrow and point slightly upwards. Plus, the rider’s pegs aren’t flat either. They too have an upwards incline, something that becomes somewhat of an irritant the more you ride.

The more pressing matter with the KM 4000 is its suspension setup. Thanks to a rear-biased weight distribution, there’s barely enough weight to load the front suspension. It seems as though the front spring is fully uncompressed, unable to absorb any bumps whatsoever. Matters are compounded due to the extremely stiff link-type monoshock. It barely compresses and often tossed me off the seat when going over the smallest of bumps or even rumble strips for that matter.

This vague-feeling suspension setup also leads to a disconnected handling experience. The front-end feels extremely light when entering into a corner. You get a sense that the front might just wash out midway through the bend. Thankfully, it had some decent rubber. It was running a Ceat Zoom Plus radial tyre at the front and a Redous rear. That said, the final set of tyres will be confirmed by Kabira by the time the bike is ready to be sold to the public in May.

There are some other major issues as well but we shall tackle those later in the story since it pertains to both motorcycles equally.

The setup
Say what you want, the KM 3000 does feel more natural as a sport bike, something that sits between a conventional sports tourer and an out-and-out supersport. It has a rather familiar welcoming appeal to it. *cough*Ninja 300*cough*

The same hub motor from the KM 4000 is detuned on the KM 3000. It is now rated at 3.5kW with 6kW of peak power. Top speed is admittedly lower, just 100kmph, and it takes 0.2 seconds longer to reach 40kmph from a standstill. It’s a similar story with the battery pack, which while being the same unit as the one from the KM 4000, has a 80 percent DoD (Depth of Discharge). This means its usable capacity is only 4kWh and the claimed range is only 120km in Eco mode.

The performance
It’s rather sprightly, but it doesn’t feel all that different from the KM 4000. The naked managed to edge out the faired bike by a hair’s length when we rode them back to back. The KM 3000 too seemed to run out of breath post 85kmph, which is a lot more honest to its claimed top speed figure than the KM 4000.

The riding posture on the KM 3000 is very accommodating and familiar. The clip-ons are in a more natural position, the pegs are slightly rear-set like you would expect on a faired machine, and there’s plenty of room in the saddle even for larger riders. The posture is sporty, but not too aggressive, and never puts a strain on any of your body parts.

The niggles
Ride quality is marginally better here. You are weighing the front a bit more and since one isn’t sitting on the monoshock, the harsh road imperfections do not filter through as much. Still, it is far from being pliant.

With the natural riding posture, the KM 3000 feels more adept to sport riding. It handles quite well but could do with better rubber for sure. The test bike was running on a front Michelin Pilot Sport and a Redous rear tyre, but just like the KM 4000, the final set of tyre compounds on the 3000 are yet to be decided by Kabira.

Best Thing - Boost Charging!
Kabira has created quite a smart charging method for the two bikes: a Type-2 charger that plugs into a 15A socket. The battery module system allows for two types of charging: Eco and Boost. Eco is the conventional time-consuming method of charging. It takes 2 hours 50 minutes to charge the batteries from 0-80 percent, and another 3 hours 40 minutes to charge the remainder of the 20 percent.

With Boost charging though, the 0-80 percent charge time goes down to just 50 minutes. You do not need a separate charger and necessary infrastructure to go along with it. And you can switch between the two modes via a dedicated smartphone application. The app is under development and will be available by May 2021. That said, Kabira hasn’t made it clear how they can manage fast charging of their bikes using a standard 15-amp plug point.

The Majorly Troublesome Bits
There's no getting over the fact that there are glaring issues with the bikes. Once again we must reiterate that the ones we rode are pre-production prototypes. Still, we cannot overlook those cheap plastics and shoddy build quality. The paint was chipping off at places, and even the vinyls were peeling off in some places. Loose wiring and ugly welds were prominently visible.

Then there is the braking department. The lack of stopping power is outright dangerous. Grab the front brake lever on the 4000 and it ends up traveling all the way up to the throttle. Also, the brake caliper mounting bolts falling off just a few minutes into the ride, on both motorcycles might I add, is just unacceptable. The brand says there's CBS and regenerative braking, both of which we couldn't really experience in our time with the bike.

And lastly, how can we not address the elephant in the room, the design of the bikes. Kabira says it's their own but we think a certain Japanese manufacturer and its green meanies will beg to differ. The KM 3000 looks ditto like the Ninja 300 and the naked is a scaled-down Z1000 but with the Yamaha FZ v2’s headlight unit slapped on to it. The brand claims of “Made in India,” “Atmanirbhar Bharat,” and 90 percent localisation but that doesn’t seem to be the case here. There were parts like the battery pack and its electronic components that had stuff written in Chinese.

Sad Truth
For the performance capabilities, price tags of Rs 1,26,990 for the KM 3000 and Rs 1,36,990 for the KM 4000 (ex-showroom Goa) are quite decent to be honest. But irrespective of the price, there are some major problems that Kabira will have to rectify for us to even think about recommending them to anyone. Can they address all these issues and deliver on the promise these bikes hold? Given the fact that they’ve already gone ahead and launched the bikes, we are a little skeptical. But you never know. They might just turn around and surprise us. One thing is for sure, they certainly have their work cut out for them. 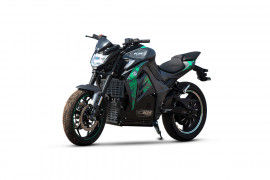 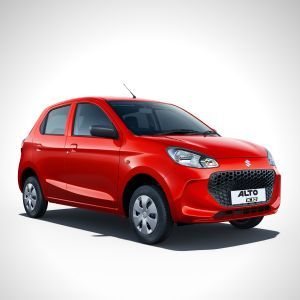 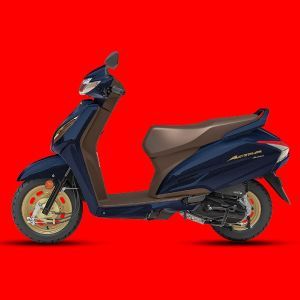