The Honda Livo is the most premium 110cc motorcycle offering from the stables of the Japanese two-wheeler giant for India. We ride it to find out whether it lives up to our expectations in the competitive commuter segment 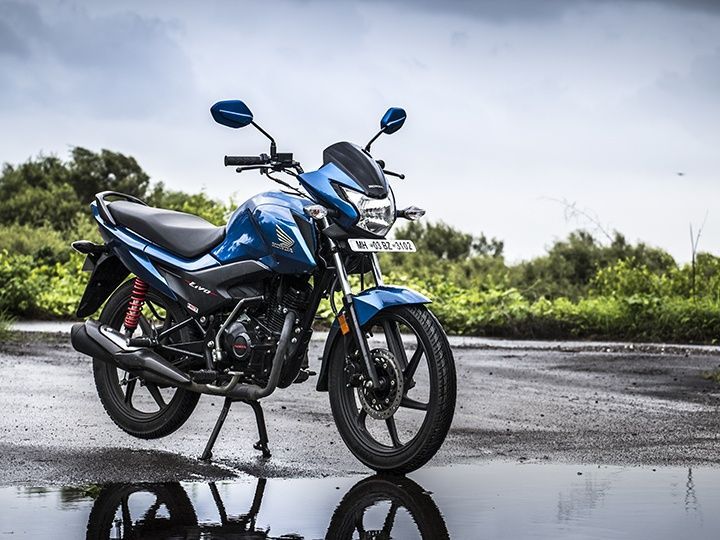 When the two-wheeler boom took place in the early 1990’s one segment of motorcycles emerged as a clear winner – the 100cc odd displacement motorcycles. This segment of bikes was christened as commuter motorcycles and there was good reason for their success. They were reliable, comfortable and lighter on the wallet to run and own, which made them hugely popular and they still continue to dominate our market. But with the new generation of young first time motorcycle consumers stepping into fray, the scenario has changed a bit. The basic ethos of frugality, reliability and affordability remains; but these new creed of buyers demand a dash of style and good list of features to flaunt about. This has given birth to the premium segment of commuters. And today we ride the latest entrant- the Honda Livo.

Being a premium commuter, the Honda Livo has to be a stylish offering and it doesn’t disappoint on this end. In a glance, it’s easy to mistake the Livo as a 125cc offering due to its large dimensions that adds to its visual appeal. Upfront, one is welcomed by a trapezoidal headlamp that seems to be inspired from the Unicorn 160. The headlight unit gets flanked by air ducts that endow the Livo with a distinctive face.  The black windscreen has also been neatly integrated into the bikini fairing. Another design highlight of the Honda Livo is its muscular tank with cuts and creases adding to its flair. The fuel tank extensions with the 3D Honda logo further enhances its appeal. The side panel has the Livo sticker and gels well with the overall design. Other noticeable styling elements include a two-piece stubby muffler with chrome heat shield, flared front mudguard, alloy grab rails and a petite tail lamp.

The Honda Livo employ an analogue instrument cluster that houses speedometer, odometer, fuel gauge and various tell-tale lamps. What makes it interesting are the hexagonal shaped instrument console pods but being a premium motorcycle we would have appreciated a part-digital instrumentation. Switch gear is basic and of decent quality while the handgrips are soft and comfortable. Paint finish and overall build quality of the commuter is impressive.  In terms of features, the Honda Livo gets equipped with body coloured mirrors, alloy wheels, electric starter, maintenance free battery, viscous air filter and optional front disc brake. Despite the lack of any body graphics, the overall design of the Honda Livo is fresh and appealing especially in the bright blue shade our test bike was draped in.

Providing firepower is the same 110cc four-stroke motor as found on the Honda Dream series of motorcycles. The single-cylinder, air-cooled engine produces 8.3PS at 7,500rpm and 8.6Nm at 5,500rpm. The Livo has decent acceleration but what really works for it is its strong mid-range. This alongwith the well spread out gear ratios mean that riding the bike in city traffic or on highway is easy. The bike is happy at cruising around speeds of 65kmph, but once you cross this figure the engine starts to feel a bit strained.

At the apex of the revv band, some vibrations can be felt on the footpegs and handlebar but overall the Honda engine is very refined. The clutch is also properly weighed and is easy to use. Power is transmitted to the rear-wheel via a 4-speed gearbox that performs flawlessly. It’s a heal-toe shifter as is the norm with commuter bikes and is an all up gear pattern. Overall the Honda 110cc mill is impressive and reliable but we would have liked the peak torque to arrive at a lower rpm as on inclined surface the Livo does feel a bit out of steam.

The Honda Livo employs a diamond type frame as seen on the Dream series. Handling of the bike is lively and has a turning angle of 45°. Manoeuvrability for a commuter bike is of utmost important and the Livo excels on this front as slotting the bike in the tightest of gaps while riding in traffic was an effortless affair. While one doesn’t really go corner hunting aboard a commuter, the Livo offered decent handling dynamics when thrown around a corner with good feedback from the MRF tyres.

The Honda Livo employs telescopic front forks and spring loaded hydraulic unit at the rear. Ride quality is impressive as it rolled over the pot hole infested streets of Mumbai without difficulty. Braking is done by drum brake at front and rear on the standard variant while front disc brake is optional. The bike we tested came equipped with disc brake at front and 130mm dia drum setup at the back. Braking performance is good with ample feedback through the levers though a bit more bite from the disc brake would have been welcome. We also feel CBS should have been added to the disc brake variant since the Honda Livo has been marketed as a premium commuter but the Japanese two-wheeler claims that it has been committed to keep price under check.

Honda claims that it has paid special attention with respect to riding position and has placed the footpegs closer to the saddle for a comfortable posture. And it works. The wide handle bar, centre set footpegs and flat saddle result in an upright and relaxed riding posture which is quintessentially commuter-ish.  The flat and long seat means there’s generous space for the pillion rider as well. The raised grab rail and supple ride quality further makes the Honda Livo a pillion friendly motorcycle.

For any commuter buyer fuel efficiency is of utmost importance. Honda has also equipped the Livo powerplant with its patented Honda Eco Technology (HET) which is said to increase combustion efficiency. The Japanese two-wheeler giant claims an overall mileage of 78kmpl but in real world conditions the Livo will return around 70kmpl overall which is decent. Pricing has never been Honda’s forte as most of their products aren’t the most value for money offering. The Honda Livo is available in two variants – drum and disc brake. The base variant of the Honda Livo has been priced at Rs 52,989 and the disc brake model carries a sticker price of Rs 55,489. (Ex showroom Delhi)

The Honda Livo is the first new motorcycle to be launched by the Japanese two-wheeler giant in 2015. With the new bike, Honda plans to make a mark in the premium commuter motorcycle segment which the Honda CB Twister failed to do so. It has striking styling, refined and economical engine alongwith comfortable riding dynamics and it covers all the basic necessities for a commuter offering. The only aspect where the Honda Livo disappoints is pricing. Its arch rival is Rs 1,000 cheaper than a similar spec disc brake variant while the TVS Star City+ is a whopping Rs 6,000 less than the similar variant of the Livo. The Honda Livo does have the added benefit of reliability as seen with the Dream series motor, easy maintenance and also Honda motorcycles command good resale value.  So if you’re in the hunt for a well rounded commuter motorcycle with a dash of premium styling and don’t mind paying the extra moolah well the Honda Livo is just the bike for you.