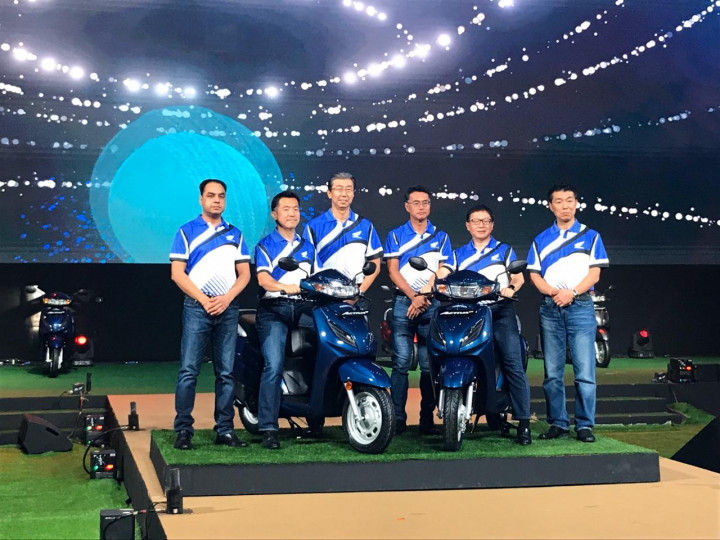 Honda has launched the Activa 6G, its second BS6-compliant scooter in India, at Rs 63,912 for the standard variant. Compared to the Activa 5G base model, the newly launched scooter is Rs 7,978 dearer. On the other hand, the DLX variant is priced at Rs 65,412, which is Rs 7,613 more expensive than the corresponding variant in the BS4 version (all prices ex-showroom Delhi). The Activa 6G will be available in 6 colours and will reach dealerships either by the end of this month or the end of February.

The Honda Activa 6G is powered by a new BS6-compliant 109.51cc single-cylinder air-cooled fuel-injected motor, which churns out 7.79PS at 8000rpm and 8.79Nm at 5250rpm. In comparison, the Honda Activa 5G produces 7.96PS at 7500rpm and 9Nm at 5500rpm from its carburetted engine. The powerplant works in conjunction with a variomatic transmission. Honda claims the Activa 6G is 10 per cent more fuel efficient and offers a more refined power delivery than the Activa 5G. For reference, the Activa 5G returned 58.1kmpl in the city and 55kmpl on the highway in our tests.

Honda has also equipped the scooter with an Alternating Current Generator (ACG) starter, which is similar to the one in the Activa 125 BS6. It eliminates the need for a separate starter and cranks up the engine using the same generator that the scooter uses to power the electrical system.

The Activa 6G also comes with an external fuel filler cap, which makes refuelling a lot more convenient than the underseat fuel cap in the Activa 5G. It also retains the LED headlamp setup as its predecessor. Other notable features include an engine kill switch on the right switchgear and a pass beam switch integrated into the left switchgear. Sadly, Honda has done away with the semi-digital instrument cluster, which was standard in the Activa 5G DLX variant. This move is presumably to keep the costs in check, considering it gets other more advanced features.

The underseat storage stands at 18 litres, which is the same as the BS4 model. To handle bad roads better, the scooter also gets an 18mm extra ground clearance, at 171mm. For better stability on the straights, it also gets a 22mm longer wheelbase, at 1260mm. Interestingly, the Activa 6G tips the scales at 107kg, which is 2kg lighter than the Activa 5G. All said and done, the overall design language and feel of the scooter remains more or less the same as the previous gen model, for that much-needed familiarity factor. Like the Activa 5G, this scooter also gets an all-metal bodywork. Another interesting design aspect is that the side panels look similar to the BS6 Activa 125. And thanks to the presence of the external fuel filler cap, even the rear portion of the scooter looks the same as its bigger sibling.

Interestingly, Honda has finally equipped the Activa 6G with a telescopic front fork, and 3-step preload adjustable single shock absorber at the rear. These coupled with the larger 12-inch front wheel should result in a much better ride quality. The rear continues to use the same 10-inch wheel, and brakes include the same 130mm drum units on both ends, with standard CBS.

Honda offers a 3-year standard warranty with the option to extend it further to 3 more years. In terms of rivals, the Honda Activa 6G goes head to head with the TVS Jupiter Classic edition -- the only BS6-compliant scooter in the 110cc segment at the moment.