What Bikes To Expect From Benelli In 2021? 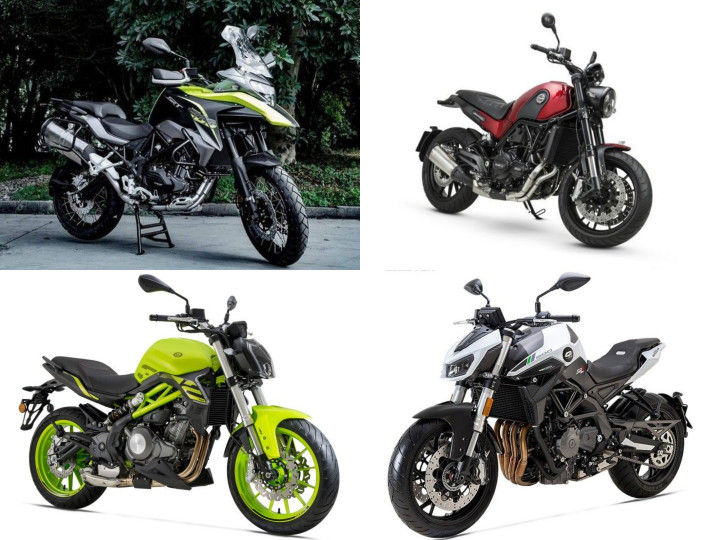 There has hardly been any activity from Benelli in 2020. The situation with China and import difficulties that arose with it severely affected the brand’s operations in India. The only Benelli bike available in the BS6 era so far is the Imperiale 400. There were plans to bring the 500s to India by the end of 2020 but those seem to have been deferred to 2021. Here are the bikes we expect the Italian bikemaker to bring to India in the new year:

TRK 502 BS6
Expected Price - Rs 5.50 lakh
Expected Launch - Q1
Benelli’s 500cc models were one of the most popular bikes in recent times and leading the charge was the adventure tourers: the TRK 502 and the TRK 502X. The bikes’ Chinese counterparts look quite different and we expect the same styling updates to make their way onto the Benellis as well. Thankfully, the TRK 502 will continue to look properly huge, even though the body dimensions have been toned down. The engine is touted to push out more power too. Here’s a complete lowdown on the updated mid-displacement Italian ADV.

Leoncino 500 BS6
Expected Price - Rs 5.20 lakh
Expected Launch - Q1
The TRK 502s will be closely followed up with the Leoncino 500. Bearing the ‘Lion of Pesaro’ fender ornament, the Leoncino 500 will not get a complete makeover. The bike will continue to strike the perfect balance between neo and retro. Hopefully, Benelli will stick to the high performance tune that the TRK’s motor gets for the Leoncino as well. Head here to check out how the BS4 model rode.

TNT 300 (Could be the 352S)
Expected Price - Rs 3.50 lakh
Expected Launch - Q1
Benelli has enjoyed much success with the TNT 300 in India. The sonorous parallel-twin naked has not seen much change since its first appearance in India a couple of years ago. The BS6 bike could get a new face, colour TFT dash, and maybe even a larger engine. Click here for more details on the new entry-level performance naked from Benelli.

302R/352R
Expected Price - Rs 3.60 lakh
Expected Launch - Q1
The supersport version of the TNT300 isn’t going to be far behind. It might not have as many new features and updates as the TNT, but the 302R will also get the larger engine. It received quite a few new colours last year, making it a bit more appealing than the sombre options available earlier.

Other Possible Launches
While the above four motorcycles are likely to arrive in the first half of 2021, the TNT650 and the 650RR sportbike could make their way down to India by the end of the year. The inline-four mid-displacement naked has received a displacement boost and a host of design updates. It no longer looks chunky and borderline obese but rather shredded and sharp. Benelli will also release a fully-faired version of this bike, called the 650RR. It isn’t an out and out sportbike but rather a middleground between a sportbike and a sports-tourer, something like a Kawasaki Ninja 650.

Another motorcycle we guess Benelli might ride into the country in 2021 is the 502C cruiser. It is the third motorcycle built on the 500cc parallel-twin engine platform. This urban cruiser will be a nice highway mile muncher as the motor feels quite relaxed sustaining 100kmph. It is light on its feet too and looks rather stylish as well.