The Vespa SXL 150 is the only 150cc scooter offering on sale in India and could give other manufacturer the boost to introduce higher displacement scooters. We bring forward the top 5 facts of the new Vespa SXL 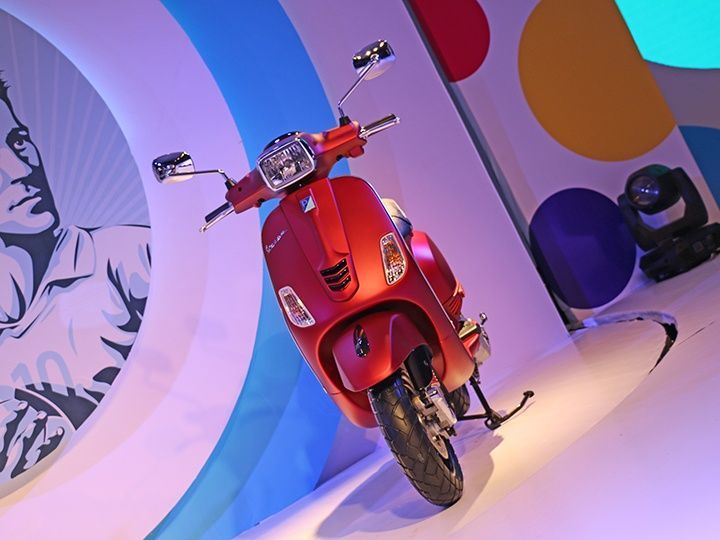 Affordable and Vespa are two words that have never really went together and with the Vespa SXL the distance widens further. The Vespa SXL carries a sticker price of Rs 88,696 (ex-showroom Pune). At this price point, it is easily the most expensive scooter on sale in India. To give an idea, the Honda Activa DLX is its closest competitor from a rival scooter manufacturer in India and the price difference between both the scooters is a whopping Rs 25,000. But exclusivity has always been the Italian scooter brands focus in the Indian market and at the sticker price of premium 150cc motorcycles, the Vespa SXL150 sure would be an elite scooter offering.

The Vespa SXL is a premium scooter and for this purpose gets loaded with features. The Italian scooter gets equipped with semi-digital clocks with digital display for fuel gauge and odometer, reserve indicator, multi-spoke black alloy wheels and restyled seats with contrast piping. Also as part of accessories, consumers can opt for chrome bumpers, perimeter kit and impact resistant front visors that further ads to its retro appeal. The Vespa VXL is also the only scooter in India to employ full monocoque steel body construction; other interesting bits include the single side arm front suspension unit with anti-dive characteristics.

Accentuating the presence of the Vespa SXL are the new Maxxis sourced tyres. The addition of Maxxis tyres should result in better grip than the MRF tyres as offered on the 125cc offerings. The thread pattern on the new Maxxis tyres also looks interesting and the fact that they are tubeless further enhances their appeal. Also the Maxxis tyres are broader than conventional scooter tyre which is welcome given the fact it will be powered by a 150cc motor, it employs 110mm section front tyre and 120mm section rear tyre. Another interesting is the detail that the Vespa SXL 150 runs on 11-inch dia front wheels and smaller 10-inch dia wheels at the back.

It isn’t surprising that the powerplant is the biggest talking point around the Vespa SXL and it should be. The Vespa SXL plans to revive the 150cc scooter segment that has been dead for many years as manufacturers were stuck between 110cc and 125cc scooter offerings. Powering the Vespa SXL is a 150cc, 3-Valve motor churning out 11.6PS at 7,000rpm and 11.5Nm of peak torque at 5,500rpm. The above numbers make it the most powerful scooter to be on sale in India. The engine also features aluminium cylinder head to reduce weight and overhead cam along with roller rocker arm. Power is transmitted via a CVT gearbox.

Yes the Vespa SXL isn’t going to set the sales charts on fire and bring forth a revolution in our scooter market. But what the Vespa SXL does is give other manufacturers the thrust to ride in higher displacement scooters. The Indian automatic scooter space has been stuck between 110 to 125cc scooter offerings and they are doing great numbers. But given the steadily rising popularity, there is scope for higher displacement and aspirational scooters that would sway the 150cc segment motorcycle buyers to an automatic scooter. Many consumers appreciate the versatility of automatic scooter but still don’t make the shift to scooters as they don’t find them masculine enough. Hero planned to change that with its 150cc maxi-scooter ZIR which has been delayed to 2016 and we hope other scooter manufacturers take note of this and raise the bar.