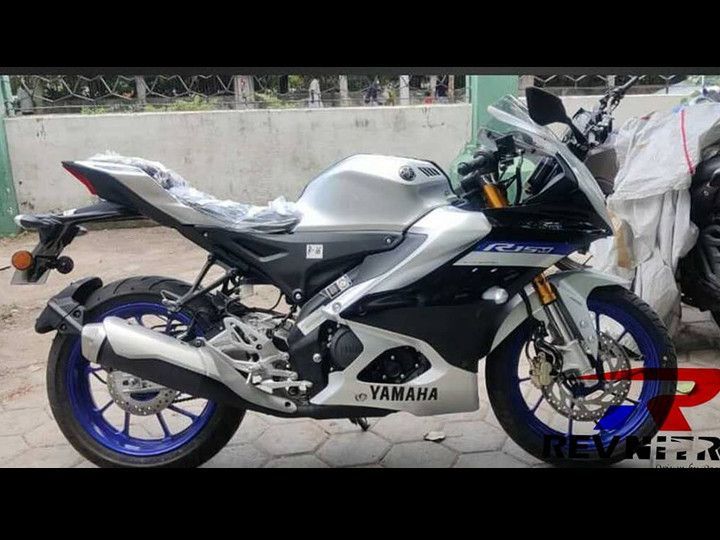 The upcoming Yamaha R15M was spotted at a dealer meet just days after the Japanese brand filed approval documents for the bike. And now we’ve come across a fresh set of clear images that showcase the bike in all its glory. Updates extend from design revisions to mechanical improvements.

We’ve already established that the new model takes its inspiration from its elder sibling, the R7. As can be seen from the images, the R15M features a projector headlamp flanked by LED DRLs, and a redesigned fairing. The tank too appears to be larger and beefier than before suggesting it could hold more fuel. Pan to the rear and you’d notice the rear quarter panels are wider than the current-gen model. Also new is the exhaust heat shield.

One of the biggest changes is the addition of a USD fork -- a feature that was available in the international-spec R15 V3 but was scrapped here in India. Looks like Yamaha heard everyone’s plea after all.

Last but not the least is the engine specs. According to the leaked documents, the new-gen R15 packs the same 155cc, liquid-cooled single-cylinder, however, it's been detuned to make 18.35PS (0.25PS lower than R15 V3’s power). That said, the bike remains as is dimensionally, with the same wheelbase, length, width and height.

Price-wise, we expect the new R15s to bear a premium of Rs 6,000 - Rs 8,000 over the current model which retails from Rs 1.56 lakh (ex-showroom, Delhi) onwards. Going by the images, we believe the official launch of the bike is just around the corner.