Upcoming Two-wheelers To Watch Out For In September 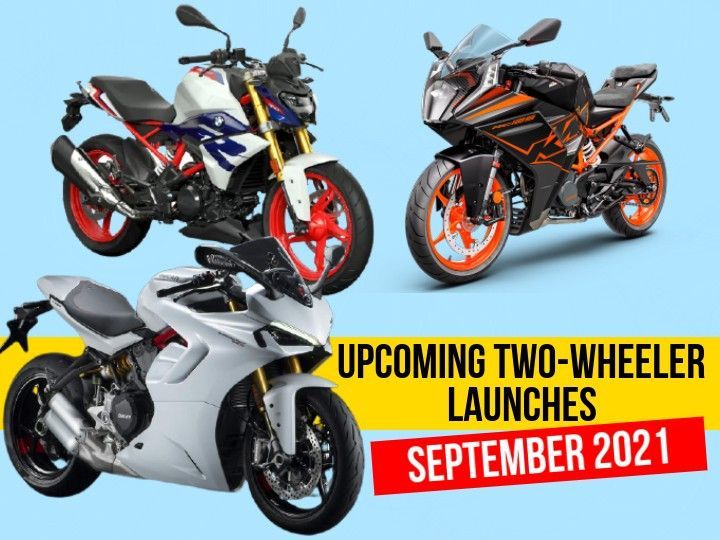 Last month kept us bike fanatics pretty busy, thanks to some interesting launches and reveals. September should be equally exciting, for there are a bunch of two-wheelers coming up. Here’s a rundown:

After launching the Panigale V4 and Multistrada V4, Ducati is now set to bring its sports tourer, the 2021 SuperSport 950, to India. The bike maker recently teased the motorcycle on social media, hinting at an imminent launch. The SuperSport 950 has gotten a host of updates this year, from a new aggressive-looking fascia to an improved TFT instrument cluster with better electronics. To know in detail, check out our story.

One of the major talking points from the two-wheeler world last month was the new Yamaha R15 V4, which is expected to launch this month, especially because the motorcycle’s latest sighting was at a dealership. The R15 will undergo a massive overhaul for its fourth iteration, starting with the new Yamaha R7-inspired design. Also, for the first time, the bike will feature the ‘M’ badge as leaked documents have revealed the name ‘R15M’. The documents also divulged some of the R15 V4’s specs. Read about them in our story.

Yamaha is also expected to launch the RayZR Hybrid, which was announced alongside the Fascino 125 Hybrid and the FZ-X. It’ll share the same 125cc Hybrid engine as the Fascino, putting out 8.2PS and 10.3Nm. A significant update comes to its features as the RayZR will now come with Bluetooth connectivity and LED lighting. Considering the changes, the RayZR Hybrid could come at a premium of Rs 6,000-7,000 over the outgoing model.

Back in July, BMW unveiled its entire 2022 range, including the G 310 R and G 310 GS. Now, the Bavarian giant is bringing them to our shores. The bikes have already been teased on social media and are expected to arrive this month. The only ‘new’ thing for 2022, however, are the colour options. Considering the bikes recently received their biggest price hike yet, a price revision is unlikely for mere colour options.

Although KTM has only recently introduced the 2022 RC 125 and RC 200 to the world, we expect them to arrive in India by the end of September. That’s because both bikes are two of the highest-selling KTM offerings, and they’re produced in Chakan, Pune. So, by the time KTM gets the import plans in place, it could launch the two here. Both bikes have undergone a massive overhaul (their biggest one yet) and have got a host of new components. Check out our story for all the details.

These aside, purchases of the Ola S1 and S1 Pro also start this month, from September 8. We feel that if you’re in the market for an e-scooter, the S1 is probably your best bet. Here’s our launch story explaining why.