Here Are Some More Details About The Upcoming Triumph Trident

The naked roadster will be positioned below the Street Triple range 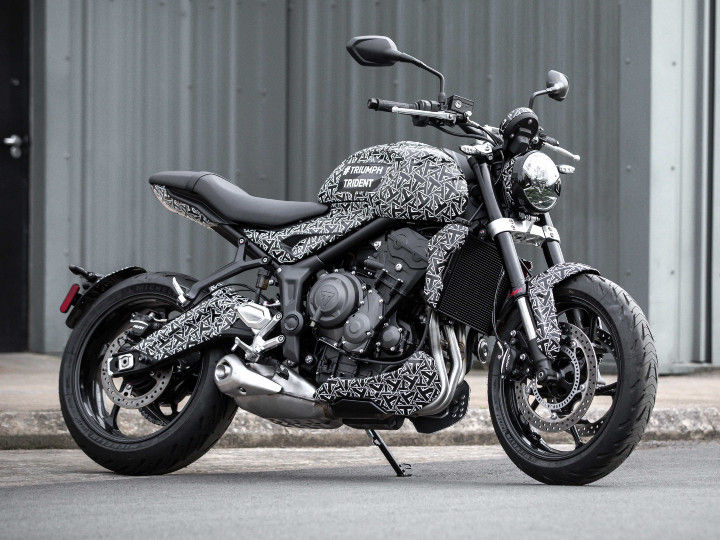 Triumph has announced that its upcoming Trident is in the final stages of testing and released more details and images of the upcoming streetfighter. The new motorcycle will be positioned below Triumph’s Street Triple range. It is slated for an early-2021 launch overseas.

From the released images, it is apparent that the upcoming streetfighter is a very compact motorcycle. The neo-retro styled front end is reminiscent of the larger Speed Twin, while the rest of the fuel tank and bodywork draws inspiration from the Street Triple. Feature-wise, the new motorcycle gets a digital instrument console and all-LED lighting.

Triumph has revealed that the upcoming motorcycle will feature a triple-cylinder motor similar to the Street Triple range. It is, however, expected to have a comparatively smaller engine capacity in the range of 600cc to 675cc. Power output is expected to be around 80-85PS. According to Triumph, the Trident's motor will have a “perfect balance of low-down torque and top-end power,” which should keep both newbies as well as experienced riders excited. It is expected to feature rider aids such as riding modes, traction control or switchable ABS.

The new motorcycle seems to be using a tubular perimeter frame instead of the twin-spar frame on the Street Triple. It gets Showa suspension in the form of non-adjustable upside-down forks and monoshock. Braking is via dual disc brakes with Nissin axially mounted calipers and a rear disc with a Nissin caliper. The tyres appear to be Michelin Road 5s which work well in different weather conditions.

The Triumph Trident will be manufactured in Thailand and will come to India via the CBU route sometime next year. The motorcycle is expected to be priced around Rs 7.5 lakh which would put it in the crosshairs of other mid-capacity naked motorcycles such as the Honda CB650R, Benelli TNT 600,  Kawasaki Z650, and the incoming Suzuki SV650.