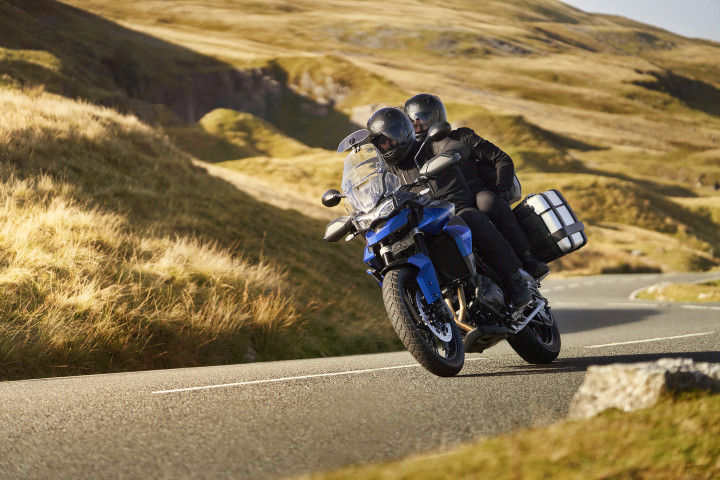 Triumph’s new Tiger 850 Sport seeks to make adventure riding an easier affair. The motorcycle is heavily based on the existing Tiger 900 but with a calmer engine tune, not as many rider aids and limited features. Still, it is quite an exciting proposition and will be coming to India. So, here are the five highlights of the new Tiger 850 Sport:

Mean Look
We quite like the idea of Triumph sticking with the Tiger 900 design for the new Sport. The other Tiger Sport in Triumph’s range, the 1050 Sport, is based on the Speed Triple 1050 naked. It doesn’t look as intimidating and adventurous as a Tiger should, something which the 850 Sport manages to do so. It gets the same sleek LED headlight, tall fairing and slim body as the Tiger 900. The only difference here being the Tiger 850 Sport gets LED turn indicators, replacing the bulb units from the base 900.

Throaty Triple Heart
Triumph hasn’t downsized the engine at all, the new T-plane crank triple still displacing 888cc. What the Brits have done is electronically detuned the engine to put out 85PS and 82Nm, 10PS and 5Nm less than the Tiger 900. These power figures appear slightly earlier in the rev range, making sure that the low-end tractability of the new engine isn’t compromised in any form. You still get a six-speed gearbox with a slip-and-assist clutch.

Electronically Savvy
No IMU-aided electronic aids here, the Tiger 850 Sport having to make do with simple ride-by-wire technology. You get only two riding modes -- Rain and Road -- with dedicated traction control and ABS intervention levels. You can switch traction control completely off but you’ve no scope of turning ABS off, even just for the rear wheel. It gets a basic 5-inch colour TFT cluster and not the larger 7-inch unit from the GT or the Rally trims.

Trusty Mechanicals
No adjustable suspension here. Nothing to get too sad about though, as the Marzocchi units offer quite decent travel at both ends. Top-of-the-line Brembo Stylema from the Tiger 900 are to be found here as well. Also, instead of running with 17-inch rims at both ends, you still get a 19-/17-inch adventure touring setup, capable of gliding over bad stretches of tarmac.

Accessible Pricing
Currently, the most affordable Tiger 900 model in India is the GT that retails at Rs 13.70 lakh (ex-showroom India). If our estimate turns out to be true, the Tiger 850 Sport could come in at Rs 11.50 lakh, making it a VFM Tiger for those who want the adventure flavour but are more than happy to compromise a bit on off-roading creds and performance.