Festive merry-making made you miss out on this week’s two-wheeler news? You’ve come to the right place 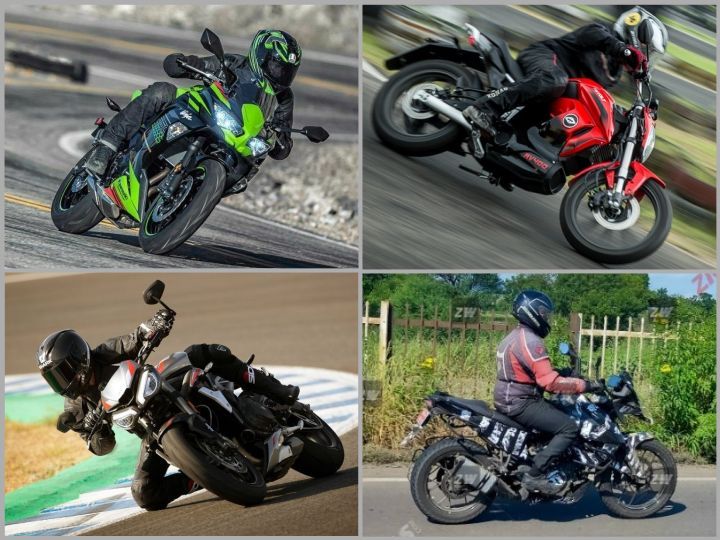 Apart from festive celebrations, this week has been pretty exciting for us motorcycle enthusiasts. We witnessed important developments across diverse segments catering to riders with different budgets. The premium segment as well as the electric two-wheeler space are all set to get even more exciting with upcoming two-wheelers. Here’s a round-up of all the important news this week in concise bulleted form:

If the slowing economy and rising costs of two-wheelers have dampened your 390 Adventure fantasies, KTM has just the right thing in store for you. A test mule of the 250 Adventure has been spotted and if you’re wondering how different is this bike compared to the 390 Adventure, head here for our analysis.

Bajaj is all set to take the wraps off its first electric scooter in less than a week! It is likely to be called Chetak Chic and the Pune-based brand has made sure the retro design is backed by a properly modern electric powertrain. The new product also marks the re-entry of Bajaj in the scooter space, albeit in a completely different form and under a new sub-brand.

The 2020 iteration of Kawasaki’s middleweight sports tourer, the Ninja 650, has been unveiled. Personally, though, we’re a little disappointed to see the Ninja 400-esque design language being carried over as many of Kawasaki’s newer bikes now look similar. However, the new Ninja 650 has a neat trick up its sleeve that millennials might find appealing.

Just when you thought Triumph couldn’t make the Street Triple RS even better, the brand has now unveiled the 2020 iteration, giving it small but significant changes so that it runs not only faster but cleaner. If you’re wondering what these changes are, head here.

Revolt made waves in the EV segment with its unique pricing strategy that made its bikes a lot less expensive to own in the shorter term. However, for those who are keen to buy one of Revolt’s electric bikes conventionally, the brand has announced the ex-showroom prices and they are in fact less expensive than the cumulative amount you’d pay if you get the bike via the subscription scheme.