Updated Suzuki Hayabusa In The Works?

The upcoming motorcycle will reportedly get a revised Euro 5 motor, suspension and electronic updates 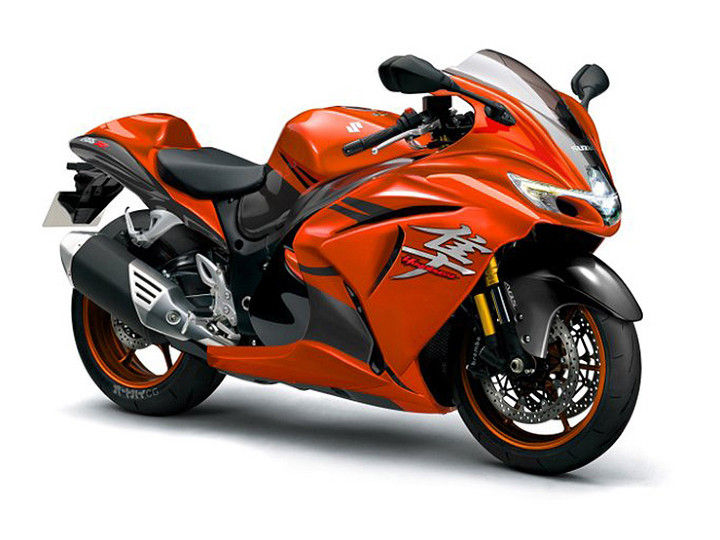 Suzuki is expected to revive its flagship Hayabusa in 2021 but contrary to expectations, the new bike may not be vastly different from its predecessor. Previous reports indicated that the new motorcycle could get a new frame, larger 1440cc motor, and a semi-automatic gearbox. According to Japanese magazine AutoBy, the upcoming hypertourer will not be all new but it will get fresh updates to the bodywork and motor.

According to rumours, the iconic bodywork would be mildly tweaked. AutoBy has even come up with a rendering of what it could look like. The current 1340cc inline four-cylinder motor would be reworked to meet Euro 5 emission norms, with updates mainly to the intake and exhaust systems. It is expected to offer power in the region of 200PS.

A major update though could be the inclusion of IMU-based electronic rider aids. The upcoming motorcycle is expected to get multiple rider modes, traction control, cornering ABS as well as other rider aids found in the current crop of superbikes. While the frame is reported to be carried over, the suspension setup could be updated.

Suzuki plans to launch 10 new models by 2021 with a focus on large-capacity motorcycles. With the Katana and V Strom 1050 already out, the 2021 Hayabusa could very well be next. Expect the Japanese bikemaker to unveil the new Hayabusa by the end of this year.