Suzuki Breathes Life Back Into The Iconic Hayabusa

Catch a first proper glimpse of the bike on February 5 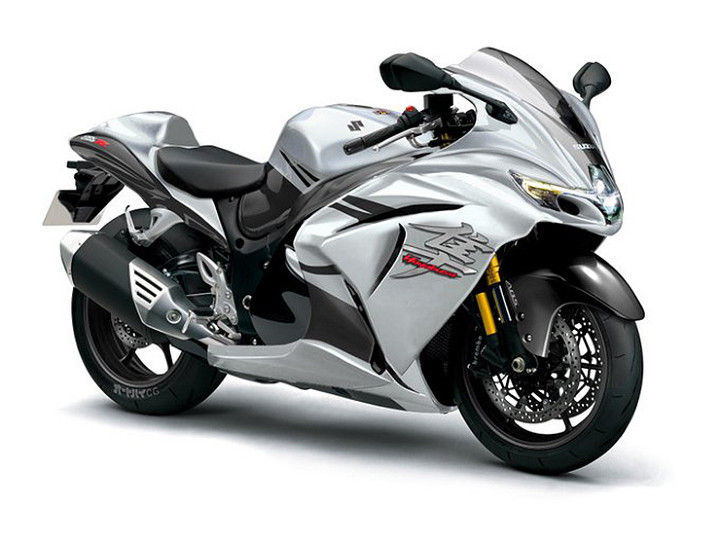 Images used for illustration purposes only*

The Suzuki Hayabusa GSX1300R was one of the best selling big bikes in the Indian markets in its heyday, mostly thanks to the Bollywood movie ‘Dhoom’. It not only blitzed past the 300kmph barrier nearly a decade and a half ago but did so in style. The Busa was one of the most aerodynamically designed bikes of its time, styled to slice through the wind with ease with a motor putting out north of 200PS.

Unfortunately, strict emission norms forced the brand to pull the plug on the bike. But not before giving people something to look forward to -- a new Busa perhaps?

News of an all-new Hayabusa has been rife for a while now. We’ve already seen a number of leaked patents and detailed renders pointing in this direction. So it wouldn’t be long before the Busa made a comeback. And the wait is finally over! Suzuki has teased the 2021 Hayabusa via its social media channels. However, the video suggests that the upcoming model is more of an update rather than an all-new bike. The bike will be globally unveiled on February 5, 2021, and is likely to make its way to India by July this year. Expect Suzuki to charge a hefty premium for the 2021 Hayabusa, around the whereabouts of Rs 20 lakh-22 lakh (ex-showroom) as it’s expected to be launched via the CBU route initially.

Not a lot seems to have changed on the 2021 model except for a sharper headlight and a flatter tail section running an LED tail light. Well, if it ain't broke, don't fix it! The instrument console too has the same layout as the earlier bike -- mostly analogue with a digital display smack in between. It does, however, get a white backlight and a revised TFT screen with several readings such as gear position, lean angle, ride modes, a clock, ambient temperature and settings for other electronic aids.

Look closer and you'd notice abbreviations for traction control, power modes and a lot more, hinting at the fact that the upcoming Busa could come with a comprehensive suite of electronic nannies. So expect features like 6-axis IMU with cornering ABS, several riding modes, power modes, wheelie control, engine braking modes and a bi-directional quickshifter. The teaser video does show the bike hitting 300kmph which means it's still just as powerful, with at least 195 ponies waiting to be unleashed. Whether or not it goes past that is a bit of a mystery.

The 1,340cc inline-four cylinder DOHC liquid-cooled engine is unlikely to be reworked, rather just tweaked to comply with Euro 5 / BS6 emission norms. The motor was already capable of belting out 195PS and 155Nm, so it won't be too crazy to see Suzuki squeeze out a bit more from the engine in a bid to fight the current crop of hypersports like the Kawasaki Ninja H2, 2021 Ducati Panigale V4 and the Honda CBR1000RR-R.

Tying everything together could be a revised chassis with a more premium suspension setup featuring compression, rebound and preload adjustability. The added performance could call for better brakes as well, so we'll hopefully see Brembo's top-spec units anchoring the bike.

From the looks of it, the 2021 Suzuki Hayabusa will have a few rough edges rounded off, which will make for a better overall package. It'll not only run cleaner but hopefully be much safer with better electronics and a lot more power. We can’t wait to see the 2021 Busa in all its glory. How excited are you? Let us know in the comments below.