The 15 Royal Enfield Stealth Black Classic 500s which were ridden by NSG commandos were sold out in just 15 seconds! 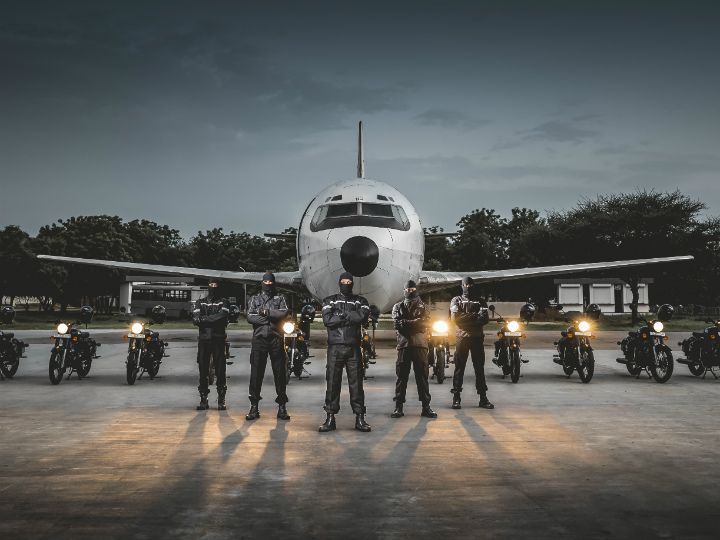 A few days ago, Royal Enfield announced the sale of 15 unique Stealth Black Classic 500 motorcycles ridden by NSG commandos who were a part of the 'Fight Against Terror' motorcycle expedition. They were put up for online sale on the company's website, with a booking amount of Rs 15,000 and a price of Rs 1.90 lakhs (ex-showroom). Royal Enfield has stated that the money generated from the sale will be donated to Prerna, a non-profit initiative supported by NSG for differently abled children. This online registration saw over 2000 interested buyers flooding RE’s website.

Now, the company has announced that all of these special edition motorcycles have been sold out in a mere 15 seconds!

The 'Fight Against Terror' initiative was undertaken to spread awareness about fighting terrorism and serving the nation. In this endeavour, the NSG commandos rode across Mumbai, Gandhinagar, Hyderabad and Chennai bases before concluding their expedition at the NSG headquarters in Manesar, Haryana, wherein they were felicitated by Venkaiah Naidu, the Vice President of India. This 8000km journey was stretched over 40 days.

These motorcycles will also flaunt a special insignia commemorative of the ride and the journey, which will also make it stand out against the normal Classic 500. The Royal Enfield Classic 500 has always been one of the most popular motorcycles in India, with a cult-like following. This move hardly seems surprising considering that the Chennai-based manufacturer has always maintained a long-standing relationship with our armed forces since 1955.

The Royal Enfield Classic 500 packs a 499cc fuel-injected engine which churns out 27.3PS of power and 41.3Nm of torque at 4000rpm, mated to a 5-speed gearbox. The company only recently updated the popular motorcycle with a rear disc brake.