Holy Moly, MV Agusta Has Added Another Monster To Its Lineup!

Are you planning to change your bedroom wall poster? Well, may we suggest the new MV Agusta Rush 1000? 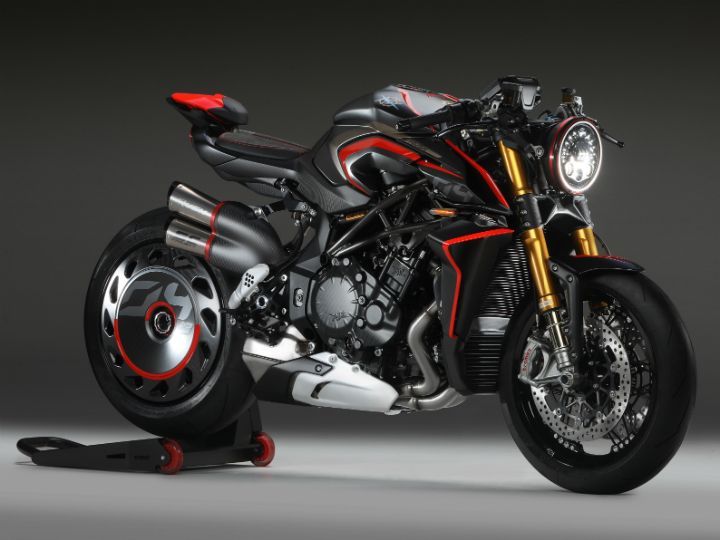 How does MV Agusta come up with such insane motorcycles one after the other is still something that still puzzles us everyday. Each and every motorcycle in its lineup deserves to be a bedroom wall poster and the newest member to join this list is the Rush 1000. Before we get on with the details, take a minute or two just to stare at this magnificent-looking motorcycle that was unveiled at the EICMA motorcycle show. Essentially, the Rush 1000 is an extreme variant, both in terms of style and performance, of the Brutale 1000RR.

The Brutale 1000RR already has a jaw-dropping design, but MV Agusta has tweaked it to make the Rush look like a more hardcore variant. For instance, it gets a new LED headlight and matte paint that brings out the muscular stance of the bike quite wonderfully. Additionally, the rear end has been shortened. Are we missing something here? Oh yes, the ventilated carbon-fibre wheel cover at the rear.

Also read: This Is MV Agusta’s Take On A More Affordable Serie Oro

Apart from using carbon fibre, MV Agusta has also used CNC-machined aluminium and titanium components to keep the weight to a minimum, thanks to which the Rush 1000 weighs just 183kg. That’s 3kg less than the standard Brutale 1000RR. Just as we had expected, it comes equipped with premium components - semi-active Ohlins suspension and Brembo stylema calipers bring this beast of a machine to a halt.

Also read: Thank You, MV Agusta, For Bringing The Superveloce 800 To Life!

Powering the Rush 1000 is a 998cc Euro 5-compliant inline-four motor. This motor produces 210PS, which is identical to the Brutale 1000RR. However, if you tick the right boxes and choose the screaming SC-Project exhaust, then the power output gets bumped up to 214PS.  In terms of electronic rider aids, it gets four rider modes, multi-level traction control and wheelie control, among others.

MV Agusta is yet to reveal the asking price, but considering that the Rush 1000 gets plenty of carbon fibre and titanium components, it’s fair to say it will cost significantly more than the standard Brutale 1000RR.