The new Brutale 800 will get a Euro 5/BS6-compliant engine! 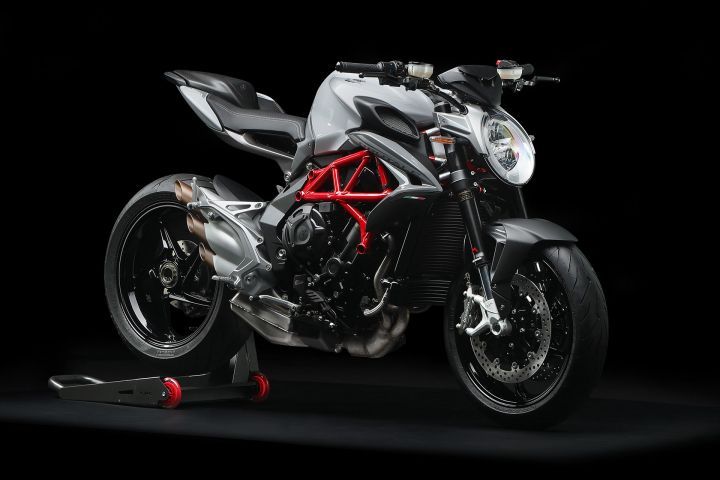 Over the past few years, MV Agusta has regularly updated the Brutale 800 by introducing new variants (read: new paint schemes or compliance with new emission norms). Now though, the Italian manufacturer is gearing up to roll out major mechanical as well as electronic updates for the 2020 Brutale 800 and Dragster 800 RR. The updated models are set to be unveiled at the upcoming EICMA motor show in Milan, Italy early next month.

In a recent interview, Brian Gellen of MV Agusta said that instead of making motorcycles which are scarily fast, the company is now focusing on making the bikes handle well at low speeds. The upcoming motorcycles will be equipped with a new link-type monoshock at the rear instead of the Sachs monoshock found on the current-gen motorcycles. Moreover, the 2020 iteration will get a redesigned front end, which could mean a new set of LED lights and perhaps even a new digital instrument cluster.

The Brutale 800 and the Dragster 800 RR come with an array of electronic goodies but expect the manufacturer to tweak the rider aids to some extent, especially the traction control. The company says the reprogrammed traction control on the upcoming Brutale 800s will work in a discreet manner without the rider even noticing that it is on.

We expect MV Agusta might tune the 798cc in-line 3-cylinder engine for better low-end grunt to enhance everyday usability. This motor will also be updated to meet upcoming European emission norms. Whether these updates will affect the engine’s performance remains to be seen. In the standard variant, this motor belts out 109PS of power and 83Nm of torque.

Also read: Expect Stunning Yet Affordable MV Agustas In The Near Future

Apart from the updated Brutale 800s, there’s no news on what the Italians will have at its booth. But one thing is for sure, whatever the company decides to bring, it’ll surely be one of the highlights of the 2019 EICMA.