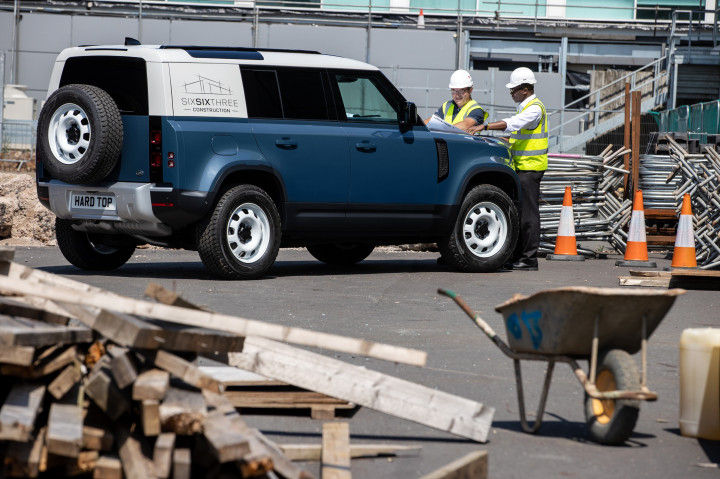 The year was 1950, the car: a Series Land Rover, battered by the elements in the rough terrain. Enter, the Hard Top, introduced as a protective feature against said battering elements. Fast forward to 2020, mother nature is still undefeated, and the Hard Top, still protected. Since the inception of the original, there has been a massive increase in the incorporation of technology and the new Hard Top intends to make the most of it.

While technical lingo will put most to sleep, the new Hard Top’s figures are impressive enough to deserve a mention. The 4x4 will stand 291mm clear of the ground and will have approach, breakover, and departure angles of up to 38, 28, and 40 degrees respectively. It gets a wading depth of 900mm and is supported by a new Wade response in the Terrain Response 2 system. The rest of the technical hoo-ha will be confirmed later this year.

Technology features are led by a 10-inch Pivi Pro touchscreen infotainment system which assists in controlling the vehicle functions. It is backed by Twin eSIM technology for OTA (over-the-air) updates. Another highlight, from the driver assist systems, is the 3D surround camera which provides a 360-degree view of the 4x4’s surroundings, ensuring the Hard Top is literally (and metaphorically) never stuck in a tight spot.

What makes the Hard Top a commercial vehicle is its ability to carry loads and assist in towing cargo as effectively as its off-roading capabilities. As part of the Intelligent Tow Assist system, a rotary controller on the centre console helps the driver in easy steering of trailers while reversing, with just their fingertips. The flexible cabin has no second or third row, but a jump seat in the front brings the total seating capacity to three. Adding to the massive cabin, the Defender Hard Top has a payload and towing capacity of 3,500 kg!

After a successful 10 months since its world premiere, the Land Rover Defender 90 and 110 commercial models will now be available in the carmaker’s legendary Hard Top guise. Adding a modern touch to the flavourful veteran design, the new Hard Top will seamlessly integrate technology with the ruggedness and the all-terrain 4x4 capabilities when it is launched later this year.