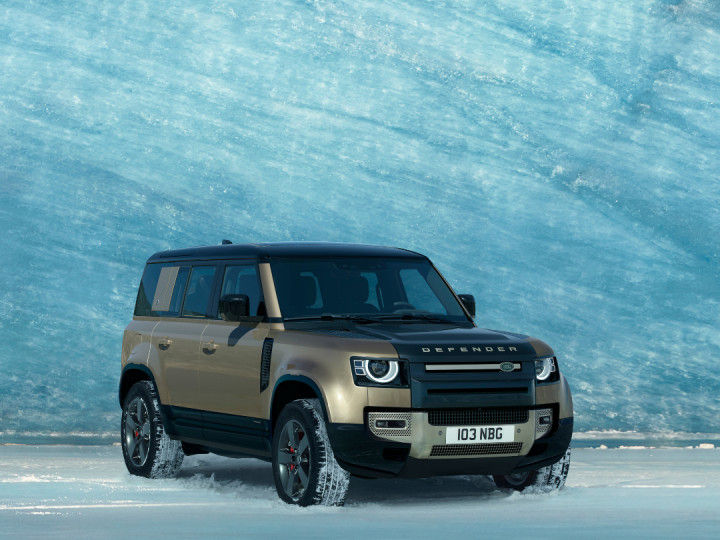 The Land Rover Defender has been launched in the country at Rs 73.98 lakh. Known for its off-roading prowess, the quintessential SUV has a huge fan following thanks to its charm. Moreover, Land Rover India has left no stone unturned and will offer the Defender in both 3-door (90) and 5-door (110) body styles. A petrol engine is the only option for now, though. Here are the prices:

Land Rover had revealed the prices for the Defender back in February 2020 and was supposed to begin deliveries in August but that wasn’t possible due to COVID-19. Prices have been hiked by up to Rs 3.99 lakh and the car you’ll be taking home could be the updated MY2021 model.

Coming back to the Defender, its charm lies in its design. It retains the boxy silhouette from its predecessor, but with a few modern touches this time around such as clean straight lines all around. This should make the Land Rover Defender age like wine. LEDs give it bling and we like those square-shaped LED tail lamps with small guide lamps. The front-end with its sleek Land Rover grille, square LED headlamps, and the butch bumper demand your attention.

If you still think your Defender looks lacklustre, Land Rover is offering four customisation packs: Explorer, Adventure, Country and Urban. Off-road noobs will like the Adventure Pack which comes with steel wheels to make the Defender look like a pucca off-roader. You can also choose from 170 individual accessories.

The Defender’s interior has taken a major leap forward in terms of design. All the controls are nice and chunky so you can operate them even with your off-roading gloves. They’re also set nice and high for protection from water in case anything goes wrong.

While the international-spec Defender is offered with a plethora of engine options, the India-spec model comes only with a 2.0-litre petrol engine for now. More engine options will be offered in the coming months. The 2.0-litre petrol engine develops a healthy 300PS of power and 400Nm of torque. Power is sent to all four wheels via an 8-speed automatic transmission. Being an off-roader, the Defender doesn’t scorch the road but it does 0-100kmph in 8 seconds dead and maxes out at 191kmph.

The Land Rover Defender is underpinned by a monocoque chassis and features Land Rover’s Terrain Response system with various off-road modes. It also sits on air suspension that can be raised or lowered. There’s also an electronic active differential, which ensures power is transferred to the wheel with maximum grip. The Clear Sight ground view camera allows you to see through the bonnet thanks to the cleverly positioned cameras. This will help you tackle obstacles with ease. Here are some off-road stats for your reference:

Now, to the exciting bit. Deliveries for the Land Rover Defender 110 will begin immediately while the smaller Defender 90 will arrive in the first quarter of FY21-22. The Land Rover Defender doesn’t have any direct rivals in the country in its price range. The Jeep Wrangler (Rs 63.94 lakh, ex-showroom) comes close in terms of off-road prowess. That said, the Defender is an icon in its own right. Heck, it even features in Bond’s upcoming No Time To Die movie slated to hit theatres this November.