Catch The New Land Rover Defender Doing Its Thing In The Latest James Bond Film, 'No Time To Die'

One British icon meets another 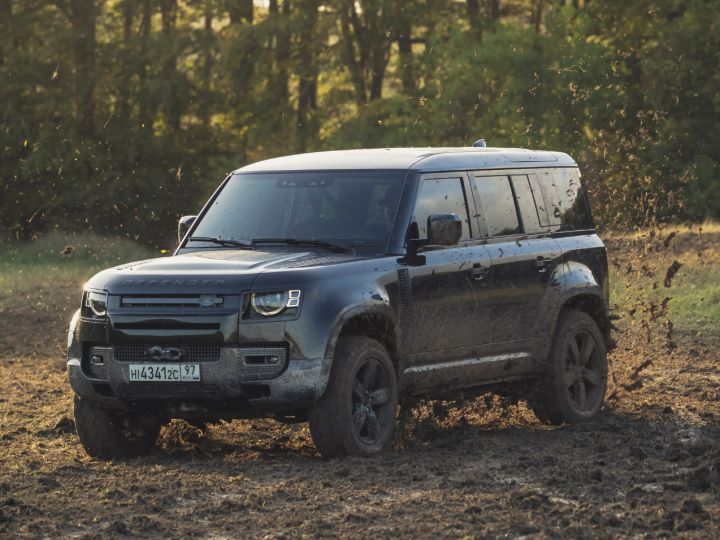 It’s been just over two months that Land Rover took the wraps off the Defender but the iconic SUV has already grabbed its first movie opportunity. Not any ordinary film - the Defender is going to make an appearance in James Bond’s ‘No Time To Die.’ Land Rover has released an on-set teaser of the SUV where it was seen digging mud and jumping in the air.

The model featured in the movie is the long wheelbase Defender 110. In the snippet released by Land Rover, we can see the SUV digging mud, some in-the-air shots as well climbing up ruts and rocks.  Jessica Hawkins, the stunt driver of the film, states that ‘the SUV is stock right from the factory.’ She also said that ‘Everything that we’ve given it so far, it has taken.’

Reportedly, the Land Rover Defender joins a handful of British cars that’ll be featured in this movie, like its stable mates, the Land Rover Series III, Land Rover Discovery as well as the Jaguar XF. Naturally, being a Bond movie, there has to be an Aston Martin. The 1977 Aston Martin Vantage V8, DB5,  2020 DBS Superleggera, as well as the Valhalla supercar will be featured in the film. We bet this would be a perfect movie for the car enthusiasts. This movie will also be the last film Daniel Craig will be acting as 007 in.

The Defender made its comeback after three long years at the 2019 Frankfurt Motor Show. The SUV defines Land Rover’s legendary off-road capabilities along with modern day neo-retro styling. The meaty off roader is available in two body styles - Defender 90 (3-door) and Defender 110 (5-door). It also comes with a minimalist interior with all its expensive electronics set high to ensure that they don’t get damaged when water seeps into the cabin.

The Defender comes with four powertrain options: two diesels and two petrols. It also boasts impressive numbers for attacking the gravelly stuff. It stands 291mm off the ground while the approach, departure and breakover angles are 38, 40 and 28 degrees. It can also wade through 900mm of water.

Land Rover will be launching the SUV in the country in 2020. The manufacturer has already started testing the model and we’re likely to get the five-door version. Expect the India-spec model to come with one diesel and petrol powertrain, both BS6-compliant. Prices are expected to be in the range of Rs 60 lakh to Rs 75 lakh.