Land Rover has taken the wraps off the new 2021 Discovery with new features, engines & tech but only a few subtle changes to the design 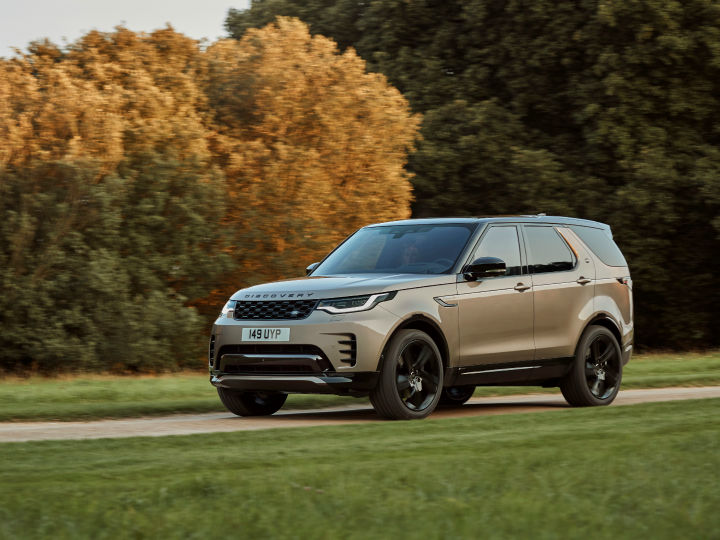 This is the 2021 model year discovery that Land Rover has just revealed. It's a mid-life facelift for the 5th generation of the Discovery and while the exterior changes are quite minor, the engine options, interiors and tech package has received a little more sprucing up to bring the 2016 platform up to date.

As has been the case with the Range Rover Evoque and the Discovery Sport before it, the 2021 Discovery's changes are subtle. There is a distinct change, though, to the DRL pattern which now is a single unbroken underlining u-pattern. And further distinguishing the R-Dynamic trim car is the set of three new 'strakes' added to large vertical side air intakes on either sides of the new front bumper. There's also a new grill design which aligns the Discovery to the Discovery Sport design theme.

The rear also sees a new tail light design and a new black connecting element. This accent is home to both the number plate and the 'Discovery' logo which has migrated lower down from just under the rear windscreen. Land Rover say that this and changes to the front and rear bumper all help give the new Land Rover a lower, more planted look.

Owners will also be able to choose between three new 20, 21 and 22 inch alloy wheel options.

Inside, the more noticeable changes are visible from behind the wheel. The new steering setup is very new-Defender-esque in design and loses its piano black multifunction dials. They are replaced with a new generation of the same system though in a rectangular matt finish that promises similar functionality.

Taking centre stage on the central console is a new curved 11.4-inch touchscreen display that features a PIVI Pro interface that Land Rover claims is faster and smarter than before and needs fewer touches to access functions.

Below that is a new climate control/off-road mode/seat control panel that similarly switches between the three functions, similar to the system in the new Discovery Sport. Gone is the rotary dial drive mode selector, disappointingly replaced by a conventional gear knob.

Brightening up things though is an updated MID and TFT HUD. Also assisting the driver are new 3D drive assistance cameras that help in maneuvering this large SUV through tight sports and when parking. The same cameras also come into play in the ‘Clear Sight’ off-road assistance system that gives you an invisible bonnet view of the front wheels, useful in positioning the front wheels with better precision in off-road situations, like when cresting a hill or navigating a narrow trail.

Land Rover has made some functional improvements too, like better lateral and side lumbar support for the second row and improved air circulation by moving the pillar mounted air vents to a more conventional central location between the front seats. The second and third row of seats are, as before, electronically foldable and can be controlled from the central infotainment screen.

Further improving the quality of the air in the cabin is a new PM 2.5 filtration and ionisation that reduces bacteria and allergens in the air and can also be remotely operated via the connected app.

The new connected tech is part of an updated set of tech features that includes wireless charging, wireless support for Android Auto and Apple CarPlay, a wearable smartwatch key and plenty of future proof Type-C and regular USB ports for charging all your family’s devices.

Powering the Discovery will be four engines that include two petrol and two diesel options. The P300 kicks off the range and is a 4-cylinder ingenium engine. The P360, D250 and D300 are the other powertrains, all inline 6-cylinder ingenium engines. Each of the engines also feature a 48V MHEV system. All-wheel drive paired with an 8-speed automatic and air suspension is standard across the range.

Land Rover says the new Discover offers better ride and handling and improved drivability by tuning the all-wheel drive system and with the addition of the new hybrid system which assists during acceleration. The system will also feature an 'on the move' engine cut which activates at speeds below 17kmph. There is also a claimed 6% improvement in efficiency.

You can expect to see the 2021 Discovery go on sale in the first quarter of next year. The current discovery is still on sale but is only available with a 2.0-liter 4-cylinder Ingenium petrol engine.