Deliveries will begin from August 2020 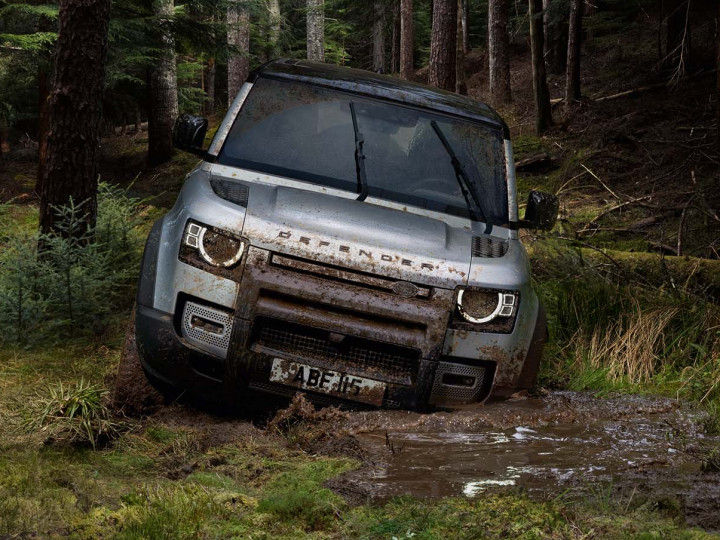 Jaguar Land Rover India has announced prices for the 2020 Defender, one of its most iconic SUVs. Prices start from Rs 69.99 lakh and go up to Rs 87.10 lakh (ex-showroom). The Defender will be available in two body styles -- 90 (3-door), 110 (5-door) -- and will be brought in via the CBU route. It will be available in five trim levels: base, S, SE, HSE and First Edition. Bookings for the Defender are open for a token amount of Rs 2 lakh and deliveries are slated to begin from August 2020. Here’s the detailed variant-wise price list:

In terms of design the Land Rover Defender, with its upright silhouette and butch design, looks like a typical off-roader. The front end comes with its slim Land Rover grille, square LED projector headlamps and a rugged bumper design that makes it look tough. At the side, the squared-out wheel arches are nicely filled by the large off-road-spec 20-inch wheels. Moving on to the back, the spare tyre is mounted on the tailgate and there is a set of vertical LED tail lamps.

Inside, the Land Rover Defender comes with a simple and minimalist dashboard. All electronics are mounted high up to ensure that they don’t get damaged if water seeps into the cabin on your off-roading shenanigans.

Features in the 2020 Defender include a touchscreen infotainment system, Android Auto and Apple CarPlay, online navigation, a digital instrument display, dual-zone climate control, heated and cooled seats as well as a panoramic sunroof. It also comes with off-road-specific features like Land Rover’s Terrain Response system and a 360° camera while the five-seater model adds air suspension as standard.

The Land Rover Defender is offered with a 2.0-litre turbo-petrol engine developing 300PS of max power and 400Nm of peak torque. Power is sent to all four wheels via an 8-speed ZF automatic gearbox. A diesel engine isn’t part of the Defender’s lineup at the moment.

Land Rover also offers the Defender with various customisation options, namely: Explorer Pack, Adventure Pack, Country Pack and Urban Pack. These ‘packs’ essentially allow you to customise the design of the Defender based on your taste.

As a niche offering the Land Rover Defender doesn’t have any direct competition as such in India; the closest it has to a rival here is the Jeep Wrangler.

In related news, the Defender will be featured in James Bond’s upcoming film “No Time To Die.” It was seen jumping and rolling around and generally showing off what it does best in the latest video released by the company.