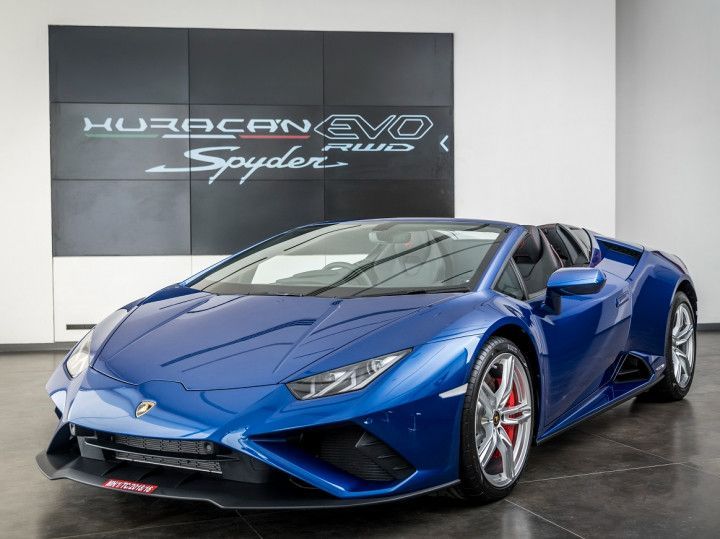 The Lamborghini Huracan EVO RWD Spyder has been unleashed in India at Rs 3.54 crore (ex-showroom), with the promise of the raw ‘wind-in-your-hair’ experience at a somewhat affordable price tag. Here’s where the new variant stands in the lineup:

As you can see, the RWD Spyder commands a Rs 33 lakh premium over the standard model. However, your bank balance will see savings of Rs 46 lakh when compared to the top-spec AWD Spyder. With that kind of savings, it makes sense to settle for the RWD Spyder if you fancy an open-top Huracan EVO.

We bet most owners would like to drive with their roof down and they’ll be happy to know that it can drop down within 17 seconds and can be operated up to 50kmph.

Once down, the harmonious soundtrack from the 610PS/560Nm 5.2-litre naturally aspirated V10 will keep you company on your favourite ghat road. With power being delivered to the rear wheels via a 7-speed DCT, the Huracan EVO RWD Spyder sure has a livelier rear end when compared to its AWD sibling.

But when it comes to outright 0-100kmph acceleration, the Huracan EVO RWD is slower by 0.4 seconds to 3.5 seconds, despite the EVO RWD being 150kg lighter at 1,509kg. We suspect it could be due to the 30PS power deficit and the slightly reduced traction the RWD offers when compared to the AWD.

With that being said, the RWD’s magic is on the twisties as you can make the tail step out of line with less effort. To keep this raging bull within its limit, Lambo has provided it with a specially tuned Performance Traction Control System. Also, three driving modes -- Strada, Sport, and Corsa -- alter various parameters of the car, with Corsa putting everything in maximum attack.

Oh and the excitement continues after you’re done with the drive, as you’ll definitely appreciate the sheer beauty of the bull when you look back at it. While the base design is largely similar to its AWD sibling, the EVO RWD Spyder gets a redesigned front bumper, alloy wheels, and diffuser.

The cabin, though, is quite similar to the AWD. In fact, we spent some time with the Huracan EVO Spyder AWD and you might want to have a closer look in our detailed image gallery.

Deliveries of the Huracan EVO RWD Spyder begin from today. If you had your eyes set on it, we encourage you to go right ahead as it’s the last hurrah to enjoy the screaming V10 before Lambo steps on the EV bandwagon.