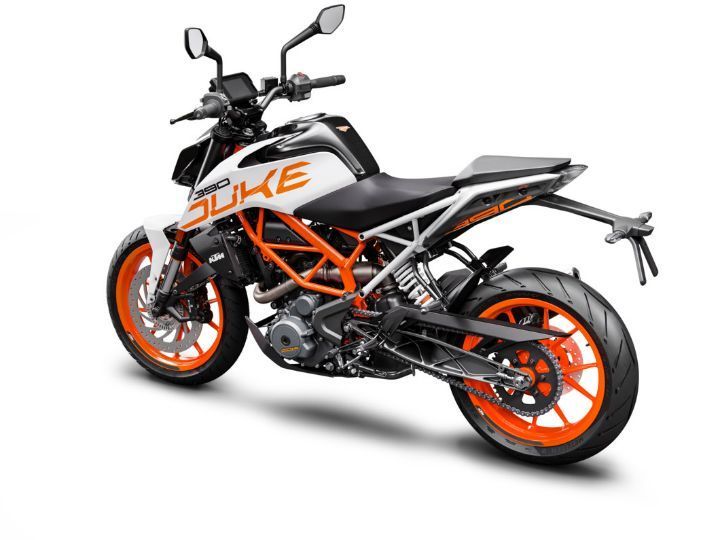 We recently came across the new white colour that KTM introduced this year. After speaking with the official sources, we can confirm that this new colour is a part of the update for 2018. But wait, there’s more…

For starters, KTM has updated the electronics from the earlier AV 39 software to AV 41. The company claims that this has eliminated the electronic niggles seen in the 2017 version. For instance, issues like the headlamps switching off intermittently and ECU error flashing on the display won’t scare the riders anymore.

Thirdly, the radiator fan is even larger now, which should help keep the engine cooler. What this means is that an already efficient system is even more improved now, as the larger fan should help in dissipating heat faster.

The fourth update, though, is a minor one: the primary sprocket gets a metal cover instead of plastic.

Apart from the updates received for 2018, KTM has also made some changes on the engine front in order to make it feel more refined than before. Otherwise, the 43.5PS of peak power and 37Nm of torque generated from the 373cc, single-cylinder, liquid-cooled and fuel-injected motor remain unchanged.

With that out of the way, we would also like to point out that KTM has denied introducing the 390 Duke in black colour. Rather, its officials claim that the images floating around the internet are of a 390 Duke that has been worked on locally.

One good bit though: all the updates received for 2018, including the new white colour, comes with no change in price. As always, KTM continues to deliver tremendous value, with the 390 Duke still retailing for Rs 2.39 lakh (ex-showroom Delhi).