This new Ninja packs in a 249cc inline-four cylinder engine 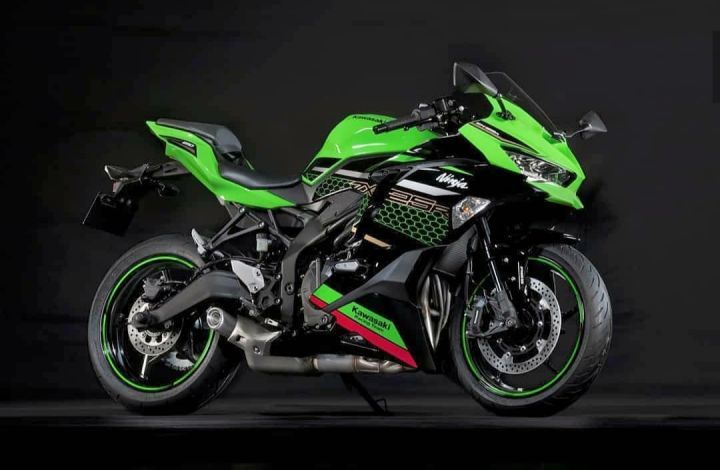 Is bigger always better? While the litre-class Z H2 might be hogging most of the limelight at the 2019 Tokyo Motor Show, the newly unveiled Kawasaki Ninja ZX-25R is an equally exciting proposition. Powered by a 249cc in-line 4-cylinder motor, this baby Ninja harks back to small-capacity, multi-cylinder Japanese sportbikes from the ‘80s and ‘90s.

In terms of appearance and proportions, the ZX-25R looks rather similar to the Ninja 400 with its dual horizontal headlights. Like the 400, the ZX-25R is held together by a trellis frame made from high tensile steel. However, there are a few key areas where the 25R is very different from the Ninja 400 and far more similar to something like the ZX-6R.

For starters, it gets a separate function upside-down front fork just like you see on the 6R. It also comes with power modes, traction control and a quickshifter, which are features that are seen on the litre-class monster and completely absent in this quarter-litre segment.

Suspension at the rear is handled by a horizontal back-link monoshock setup while the front brake features a radially-mounted monoblock caliper. Going by what we see on the rest of the motorcycle, we can expect the suspension to be fully adjustable on this baby Ninja even though Kawasaki hasn’t confirmed the same.

Kawasaki also hasn’t given us any sort of specifications or performance figures, but rumours out there suggest that the ZX-25R could produce around 60PS of power. Going by the presence of traction control, and the high-revving capabilities of inline-four engines, we’re inclined to believe these rumours.

While all this sounds very exhilarating, we mustn't get carried away here. Such a highly engineered motorcycle packing in this many premium features and underpinnings is likely to cost more than the Ninja 400, likely around Rs 6 lakh. That is an obscene amount of money for a 250cc motorcycle, and in a market like India where the displacement figure carries so much importance, it is highly unlikely that there will be any takers for the ZX-25R. Hence, we do not think Kawasaki will bring this baby Ninja to our shores.

It’s a different case altogether in South East Asian countries like Indonesia, though. Large displacement motorcycles are subject to very high tax rates, making them expensive to buy. The ZX-25R could offer performance equivalent to these larger motorcycles, but owing to its small displacement, it would not be taxed so heavily, allowing Kawasaki to price it at the equivalent of around Rs 5 lakh.

Furthermore, Kawasaki’s supersport portfolio in Indonesia has a rather large void between the Ninja 300 and Ninja 650/ZX-6R, with the Ninja 400 not being sold in that market. The ZX-25R could be the perfect motorcycle to plug that performance gap without driving up costs.