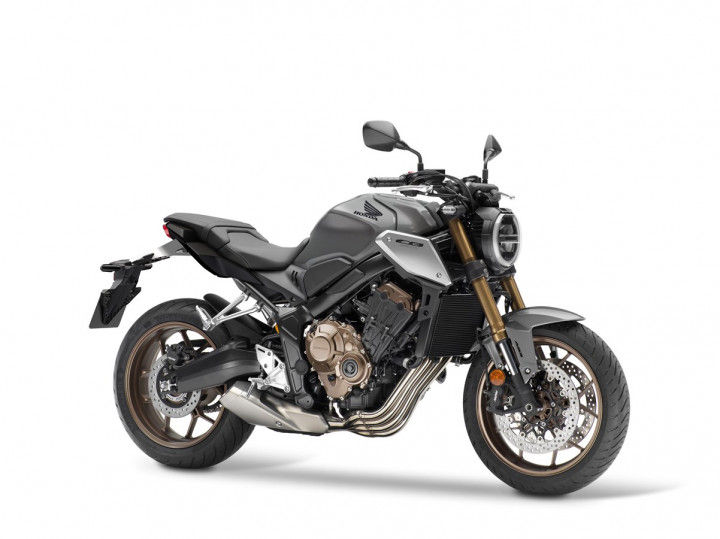 Along with the CBR650R, Honda has also updated the CB650R middleweight naked to Euro 5 specs. Along with a cleaner motor, it gets suspension updates as well as minor cosmetic and feature upgrades. Both motorcycles are expected to be launched in India early next year.

Its 649cc inline four-cylinder motor has been significantly updated to clear Euro 5 emission norms, including feature revisions to the ECU, cam lobes, intake timing, exhaust system, and crankshaft. Power is up to 95PS and 63Nm. Besides better performance the middleweight naked gets electronic rider aids in the form of switchable traction control. The six-speed gearbox comes equipped with a slip and assist clutch.

The 2021 CB650R gets minor cosmetic updates in the form of a new Pearl Smoky Gray paint scheme and revised, more compact side panels. The rear mudguard is now made of durable steel instead of plastic. It features an updated digital instrument console that gets a revised mounting and larger fonts for better readability. Honda has also added a USB charging socket under the seat.

Honda has focussed on making the CB650R easier to ride. It now gets a 3-degree more handlebar swivel to allow for tighter U-turns. The handlebar position has been revised for easier access. Apart from the engine, the other significant update comes in the form of new 41mm Showa Separate Function Big Piston forks. These should offer better feedback and stability during cornering. The rear uses a pro-link rear monoshock. Braking is via dual 310mm front discs with Nissin radially mounted calipers and a 240mm rear disc with dual channel ABS.

While Honda will be getting its 500cc range here, we expect the 650cc motorcycles to be launched first. The 500cc range would be heavily localised for our market, a process which takes time and has been delayed due to the COVID-19 pandemic. Despite coming via the CKD route, the BS4 CBR650R was well priced and if Honda heavily localises the upcoming 650cc motorcycles, we could be looking at fantastic VFM middleweight bikes.